And yes. They're ridiculous 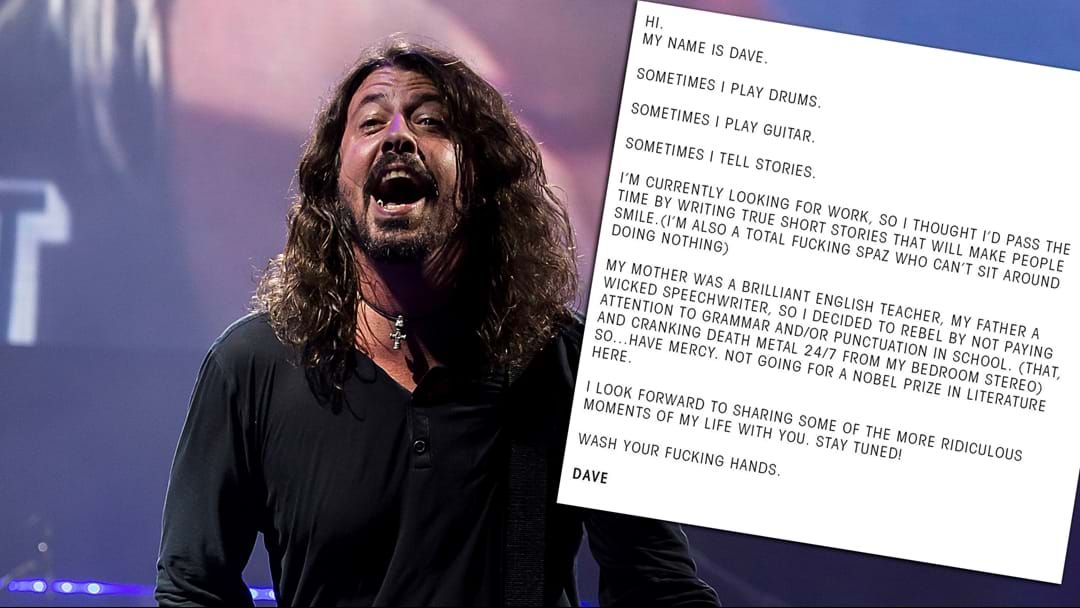 Dave Grohl is, in his own words, "currently looking for work" after suspending the Foo Fighters' tour.

But rather than than letting it get him down - and because he is a "total f*cking spaz" who can't sit around doing nothing - he's decided that his new job is making people smile via a brand new Instagram account called @DavesTrueStories.

"I thought I'd pass the time by writing true short stories that will make people smile," he wrote.

"My mother was a brilliant English teacher, my father a wicked speechwriter, so I decided to rebel by not paying attention to grammar and/ or punctuation in school."

After a rather punchy sign-off of "wash your f*cking hands", Grohl then cracks onto his first story, which is an absolute doozy.

Here it is in full:

Classic Dave Grohl. It's not the first amazing story he's told, of course; if you haven't heard this epic number that he shared with Kennedy Molloy's Jane Kennedy, you're missing out.