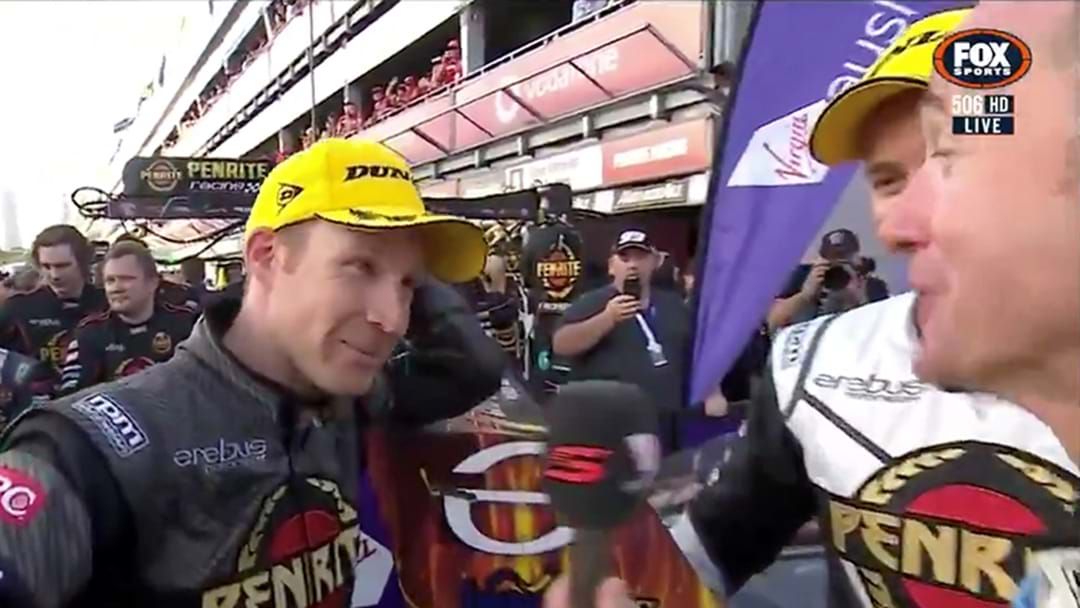 After coming third alongside Luke Youlden in the Gold Coast 600, Reynolds was interviewed post-race about how he was feeling after

The only problem? He'd completely lost his voice.

"To be honest?" he squeaked.

It left everyone in stitches!

"I'm going to kick you after this!"