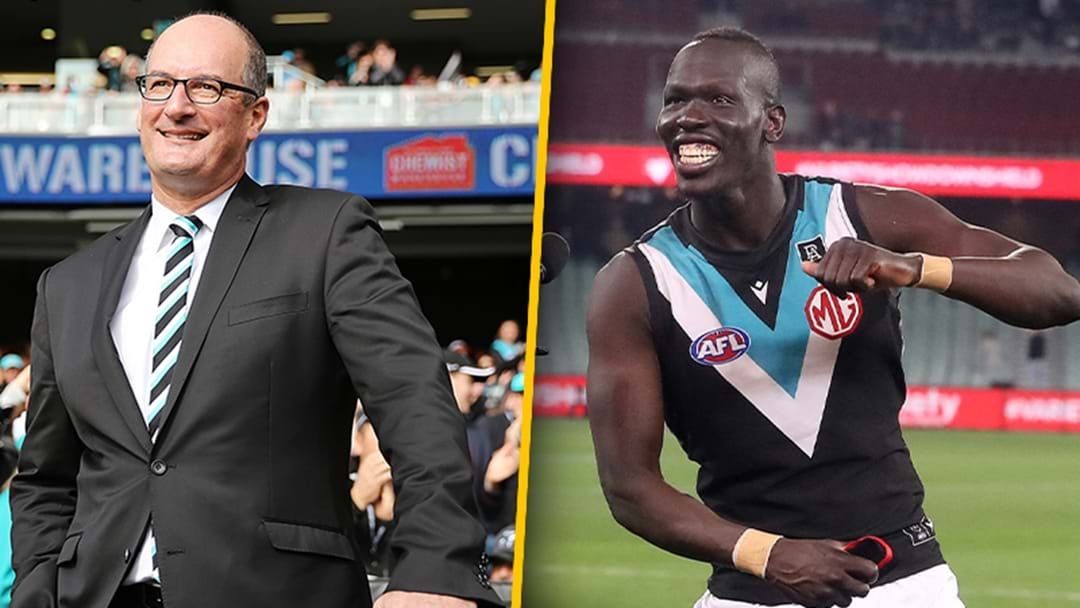 Port Adelaide president David Koch gave some insight into how the Power identified and recruited Aliir Aliir on Roo & Ditts for Breakfast this morning.

"That’s Jason (Cripps, Port list manager), that’s Crippa," Kochie replied when asked whose idea it was to get Aliir.

"He knew they had a salary cap problem, and basically went and asked them (Sydney)."

Kochie was full of praise for how Aliir had taken to life in Adelaide.

"That’s just as important as what he does on-field."

Kochie also spoke about Port’s prelim preparation, how they plan to hang on to all their promising youngsters, and the umpiring in the qualifying final against Geelong.