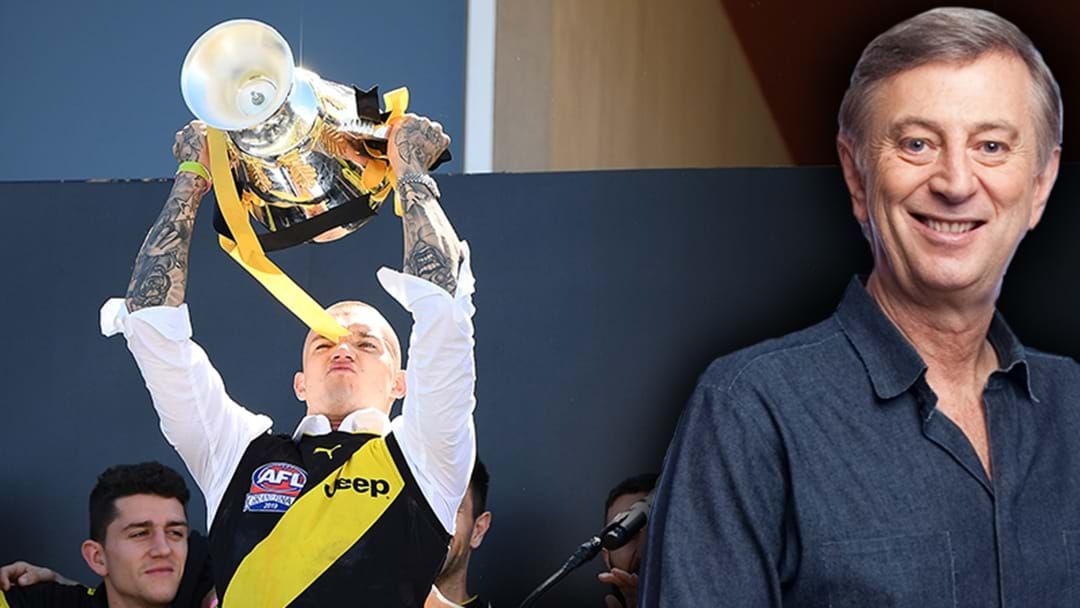 Footy royalty Dennis Cometti has clarified his comments earlier this week about not awarding a premiership or Brownlow Medal this year, saying he’s more worried about the AFL focusing too much on having to get a grand final away.

There’s a lot of concern all around the world about a second wave of the virus,” Cometti said on Dead Set Legends with Joey, Jay and Emma.

“So my concern really is after 10 or 15 games of AFL they can’t play the grand final… a lot of people will say that if that happens it’s been a waste of time.

“Now the fact that we’re playing at all is a remarkable achievement, the AFL and Gillon McLachlan have done a terrific job.

“I was saying that if the season falls short, I just don’t know about the AFL premiership cup and the Brownlow Medal, vecause if the season falls short you can still give trophies to the team that won the most games or to the player that would have won the Brownlow Medal in a normal season because he was the best player and got votes… I just worry that you could have prepared for a soft landing as well.

“It seems a grand final or nothing, and that may not be possible.”

Dennis had earlier told Mix 94.5’s Clairsy, Matt & Kymba that there shouldn’t be a premier or Brownlow awarded.

Dennis also spoke on Dead Set Legends about his three favourite sporting memories that he called, how it feels nailing a call, and more.