Dennis Cometti On His Famous Call Of Heath Shaw's Smother 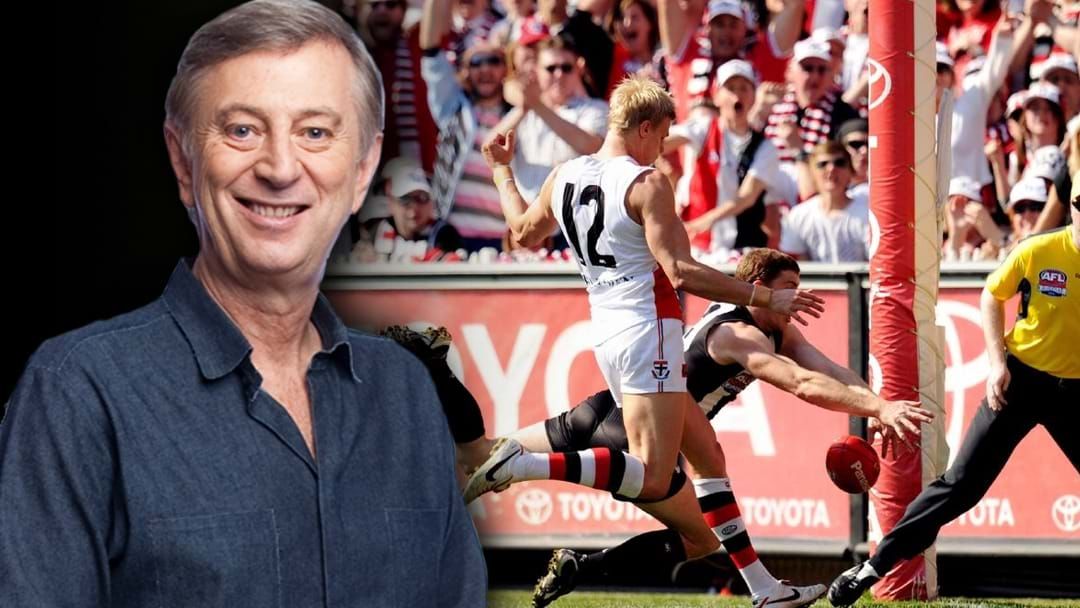 Arguably at the top of the list, Dennis' "snuck up on him like a librarian" call during the 2010 Grand Final replay between Collingwood and St Kilda.

A line that has grown into footy folklore, as memorable as the play itself involving Heath Shaw and Nick Riewoldt - Xavier Ellis asked Dennis if he had that specific line waiting in the wings.

"How does it work for you to call something like that?" Ellis asked.

"Just put it down to inspiration," a modest Cometti replied.