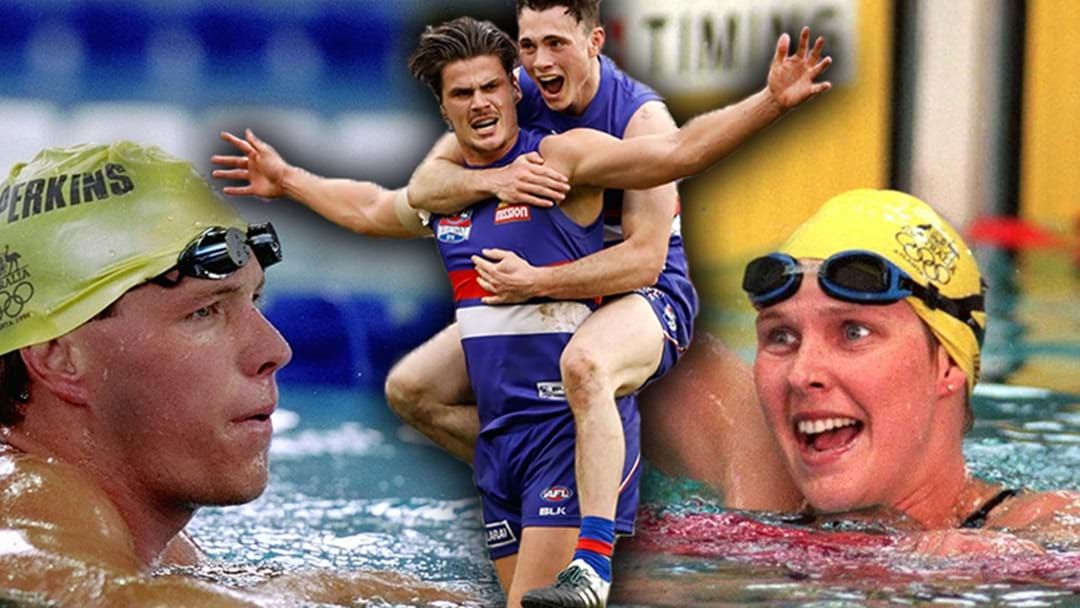 Kieren Perkins coming from lane 8 at the 1996 Atlanta Olympics

“No one expected him to win,” Dennis said.

“We love to see the underdog get up and he did that… I think that was just showing what a champion he was in lane 8.”

“The ’89 grand final is the best game I’ve seen I think, [but] I went along with a moment and Tom Boyd stuck in my mind.”

“She won an Atlanta gold medal in the 200 metre butterfly,” Dennis said.