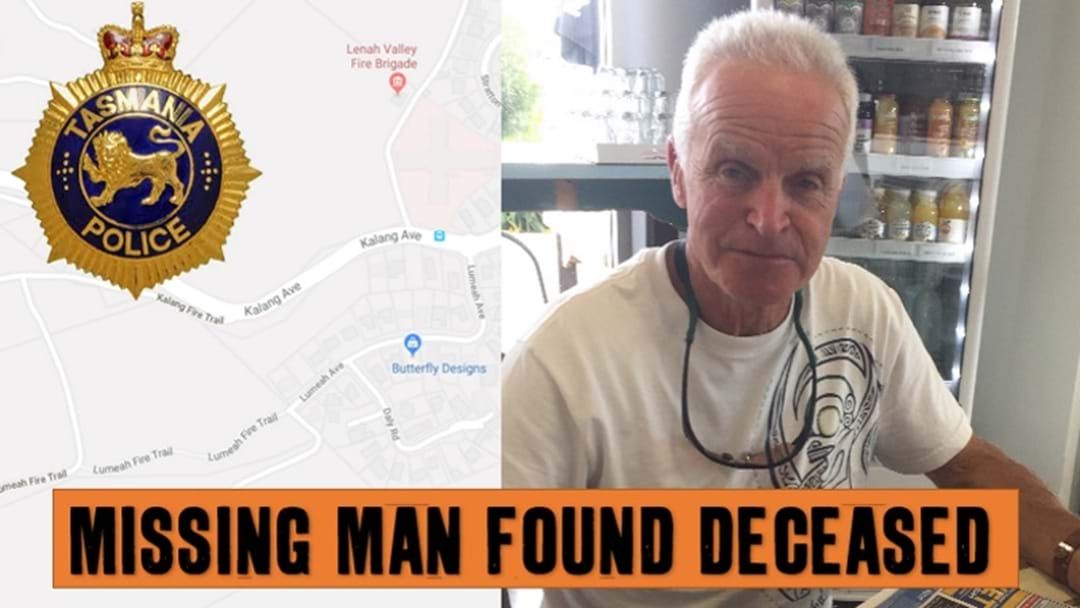 The search for a missing West Moonah man has ended in tragedy with the discovery of his body today.

The alert was first raised after 70 year old Elson Robert Kiddle was last seen at his home on Friday at 11am.

Police originally believed Mr Kiddle to be in the Greater Hobart area, travelling in his white Toyota Hilux utility and pictures of the car and the missing man were circulated across Southern Tasmania on the weekend.

What followed was a very traumatic few days for his family, with a very sad end today when a team of foot searchers located his body at about 1:30pm today in bushland approximately 2.5km from Lumeah Avenue, Lenah Valley.

Tasmania Police say information gathered as part of the investigation and the circumstances of the discovery of Mr Kiddle's body today leads them to believe that there are no suspicious circumstances surrounding his death.

Evidence suggests Mr Kiddle may have been deceased for some days.

Police thanked those involved in the search for Mr Kiddle, especially those volunteers, family and friends.

A report will now be prepared for the Coroner.