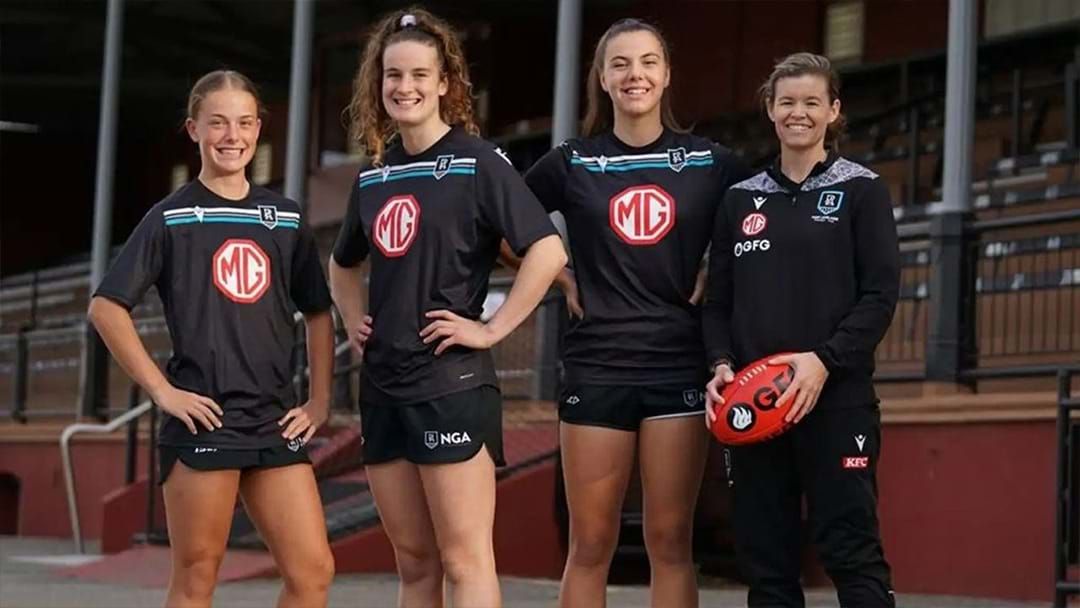 On Thursday, major Port Adelaide stakeholders will pitch their plan to launch an AFLW team in preparation for an inaugural season in 2022-23.

The club look to be granted permission to establish a women's side, along with Hawthorn, Sydney and Essendon who are the only clubs without a team and link to the AFL men's competition.

Chairman David Koch, along with chief executive Matthew Richardson will inform the league of its advanced planning and programming to ensure stability for their new franchise.

The pitch involves a major multimillion-dollar redevelopment of the Alberton Oval, with fresh change rooms to establish a "premium match-day venue" for AFLW teams.

The key stakeholders plan for its first game to be played as an AFLW Showdown against Adelaide at Adelaide Oval in what would be a tremendous opportunity to engage South Australian females who have interest in the sport.

Port will reveal list plans around a Female Next Generation Academy, along with observing existing SANFLW talent, while emphasising the recruitment of Indigenous and multicultural talent.

Richardson said a women’s team would “complete our club”.

“A women’s team will make us a better club,” he said. “Great women have always been at the heart of this proud club, too often as unsung and unseen forces driving it on.

“We are one club with one united voice and one common purpose.”

The Power will soon appoint key decision-makers within their coaching panel, their inaugural coach will go against the trend and employ a female for the top job.

Each of the clubs will put forward their official submissions to the AFL this week, with resources such as financial stability a part of the criteria that must be met.