Did the Refs Just Cost Canberra The Grand Final? 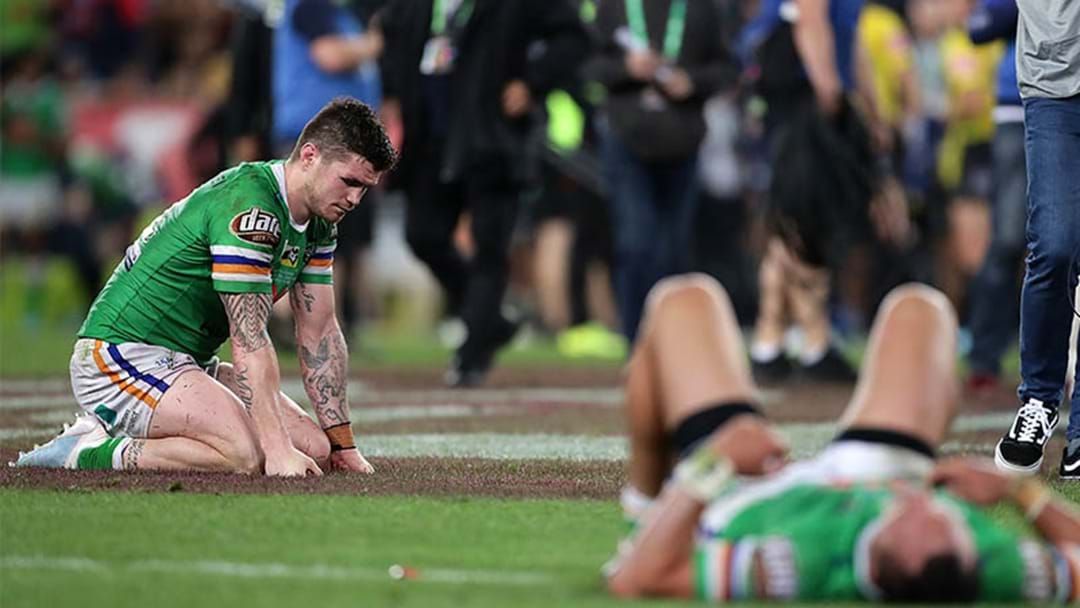 Did we just witness the Raiders get absolutely robbed?

With 12 minutes left of tonights Grand Final, with the score at 8-8, the Raiders were on the attack 10 metres out from their line for what they thought was the start of a new set - until it wasn't.

Referee Ben Cummins had given the "6 again" signal to the Raiders before quickly changing to indicate "last", leading Canberra, and specifically Jack Wighton, to believe the tackle count had reset, only to find the call had been changed on the run.

Hear the Triple M NRL Call Team and former head of refereeing for the National Rugby League, Bill Harrigan try and work it out below...