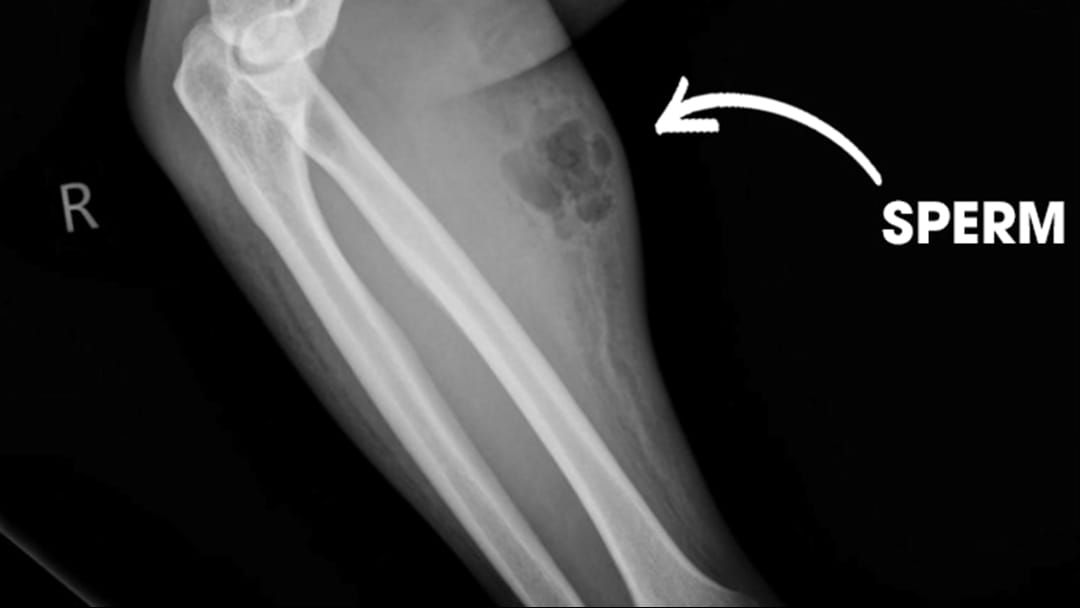 A bloke in Ireland is the subject of an extremely salty medical paper after doctors found out that he had been self-medicating his back pain with semen.

The case study - titled "Semenly" Harmless Back Pain: An Unusual Presentation of a Subcutaneous Abscess - was published in the Irish Medical Journal and outlines the curious case complete with a number of quotation marks designed to inflict maximum sarcasm.

"We report... the case of a patient who developed a subcutaneous abscess after intravenously injecting his own semen in an attempt to treat longstanding back pain," the introduction starts. "He had devised this 'cure' independent of medical advice.

"This is the first reported case of semen injection for use as a medical treatment."

According to the paper, the 33-year-old had rocked up to the hospital when his chronic lower back pain flared up as a result of lifting "a heavy steel object three days prior".

It was then that doctors noticed a sizeable lump on his forearm and, quite understandably, asked what the heck it was.

"The patient disclosed that he had intravenously injected his own semen as an innovative method to treat back pain," the study explains.

"Upon further interrogation of this alternative therapy, he revealed he had injected one monthly 'dose' of semen for 18 consecutive months using a hypodermic needle which had been purchased online.

"Upon this occasion, the patient had injected three 'doses' of semen intra-vascularly and intra-muscularly."

Basically, he kept jabbing it into the soft tissue by mistake, causing reddening and hardening around the injection points.

Perhaps the best part, though, is where the authors admitted to heading straight to Google to figure out if anyone else in the history of the world had also thought this was a good idea and found absolutely nothing.

"A comprehensive review of EMBASE, PubMed, google scholar and the wider internet was conducted with an emphasis on intravenous semen injection for the treatment of back pain as well as for other medical and non-medical uses," the discussion reads.

"A search of more eclectic internet sites and forums found no other documentation of semen injection for back pain treatment or other uses."

So there you have it folks. There really is a first time for everything.