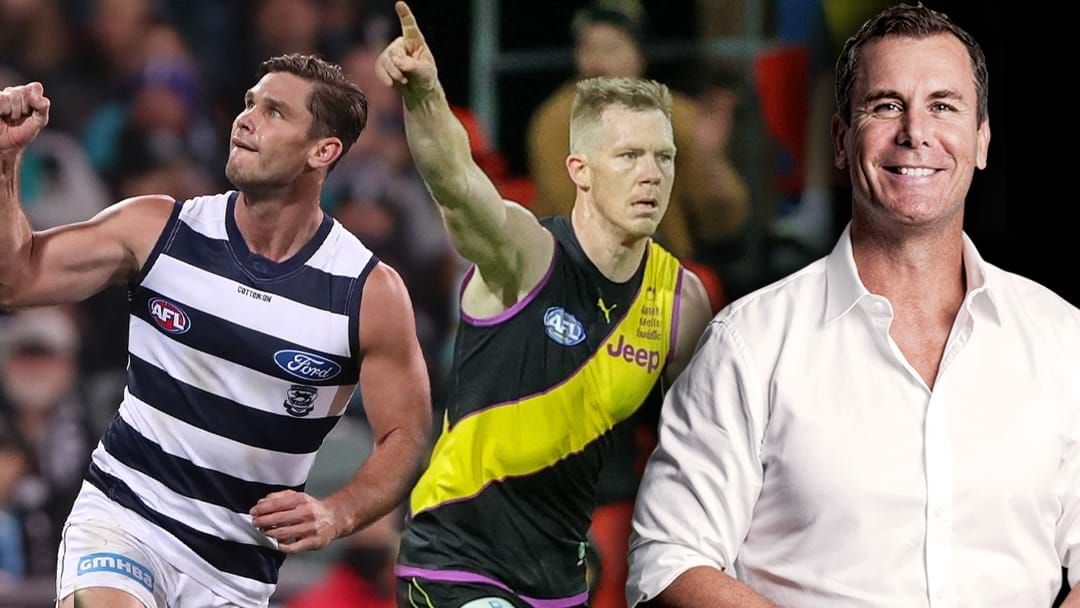 On a shortened edition of the Sunday Rub, the team discussed Wayne Carey's list of the best key forwards of the past 20 years - in particular, the efforts of Tom Hawkins and Jack Riewoldt.

For their two respective clubs, both players have continued to adapt just as the game grows. Ross Lyon and Carey looked at how the two have reached significant heights in their careers.

Ross discussed the emergence of Hawkins being thrown into a pre-existing strong team, and the "decade of excellence" given the resemblance of both key position players.

Riewoldt recently notched up his 700th career goal, and booted six goals in his milestone match on Friday night against the Lions.