Melbourne NewsDjokovic's Father Speaks Out As Fans Protest Outside

Djokovic's Father Speaks Out As Fans Protest Outside 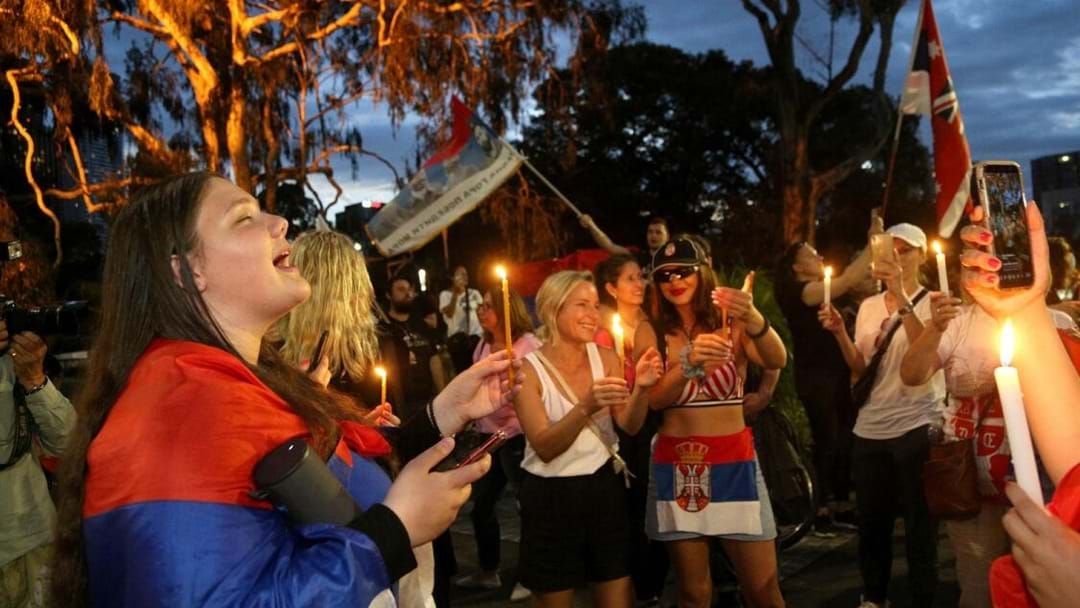 Protestors are out in droves in front of the Park Hotel in Carlton, where Novak Djokovic is currently staying as a result of his visa being denied due to holding the incorrect vaccination forms.

A combination of anti-vaxxers supporting Djokovic, and the tennis star's loyal native fans began protesting and praying outside the hotel on Thursday night.

The site is also known as the detention centre for refugees, with Djokovic fans unaware of the protests already occurring on a daily basis as advocates for the asylum seekers.

The 34-year-old Serbian star will be camped there until at least Monday when his appeal will be heard in the Federal and Family court.

Rallies are also going down in Serbia, his father Srdjan said it's improper treatment of his son's living conditions and expressed a stern warning to Australian politicians.

"They're keeping him in captivity. They're stomping all over him to stomp all over Serbia and the Serbian people." Djokovic's father said at a rally in Serbia.

Pending his legal challenge, Djokovic is still a chance to compete in this month's Australian Open event at Melbourne Park.

He had arrived in Melbourne to undergo training and preparation ahead of the Grand Slam, which he has won nine times.