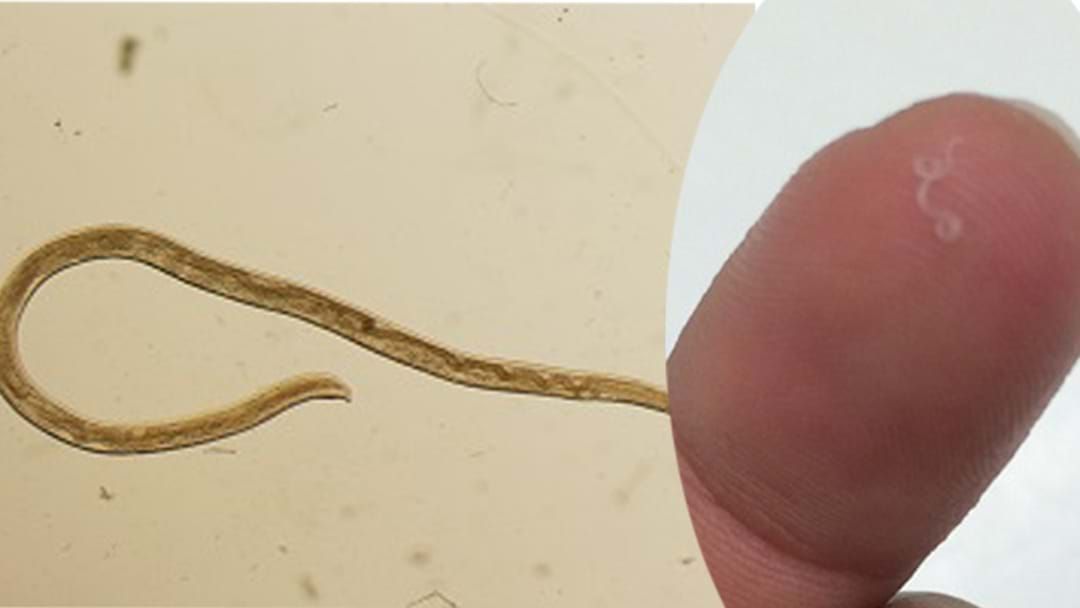 Centres for Disease Control and Prevention

You know, Australia cops a lot of shit from the rest of the world for all of our bizarre animals, poisonous insects and ridiculously hot weather but at least none of our flies DROP WORMS IN OUR EYES.

Abby Beckley, who lives in Oregon in the US, has become the first known human to present with a parasitic infection spread by flies after pulling a live worm from her left eye.

Beckley told The Washington Post that she initially figured the irritation in her eye was caused by a stray hair and had just finished flushing it out when she spotted something in the mirror.

Pinching what she thought was a piece of clear fuzz, Beckley quickly realised that it was actually a worm.

A one-and-a-half centimetre long, thin, translucent worm which was, the-26-year-old said, "alive and squiggling around."

Unbelievably Beckley didn't freak out, thinking a "harmless salmon worm" had fallen into her eye while she was working as a deckhand on a commercial fishing boat in Alaska.

But when a local doctor found another two worms - and an ophthalmologist pulled out two more - Beckley's in-laws stepped in, finding her an appointment with an infectious disease specialist in Portland.

After reassuring the now-panicked Beckley that the worms "probably" weren't going to burrow into her brain, the specialist reached out to scientists at the Centres for Disease Control and Prevention who eventually made their diagnosis: Thelazia gulosa.

Never-before-seen in humans, Thelazia gulosa has, until now, only been seen in cattle in the northern US and southern Canada.

In all, 14 of the worms were pulled from Beckley's eye, with her ordeal this week published in the American Journal of Tropical Medicine and Hygiene.

"We never expected to see this particular species in a human," medical parasitologist Richard Bradbury said, explaining that the worm larvae is ingested by flies who then land on and deposit them in an animal's eye.

Beckley, who had been around cattle and horses in the weeks before her worms were discovered, now holds the dubious honour of being the only recorded case of being infected by this type of parasite.

"If this does happen to anyone else, I want them to know this girl went through it and she's fine," she said. "And not to freak out."