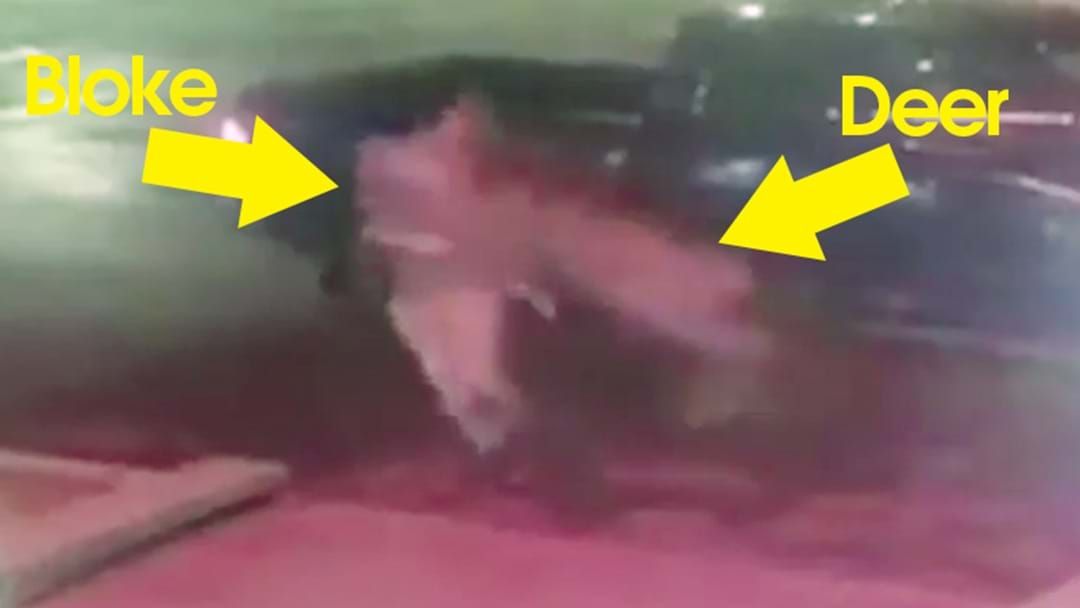 A bloke in British Columbia has been absolutely NAILED by a rogue deer.

Don’t believe us? Just watch this…

The bloke, Cary McCook, was reportedly only mildly injured, which is amazing when you see how hard the deer hit him.

Apparently, the deer was being chased by a dog, hence its urgency to get the hell out of there.

McCook says he did have a sore shoulder the next day but no serious damage was done.

I find it more hilarious the more I watch it

Mate, we’re with ya! Well played!