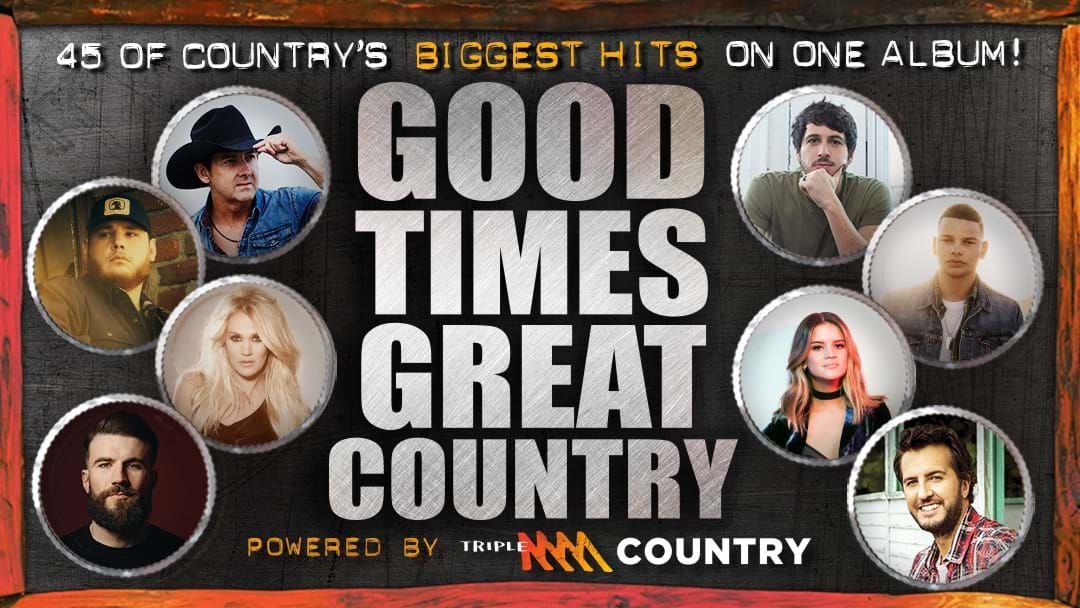 March 1st sees the release of an epic new album called Good Times Great Country. Featuring a mix of classic artists like Johnny Cash and Dolly Parton and contemporary stars such as Morgan Evans and Lady Antebellum, it's a celebration of great country music throughout the years.

To mark the occasion of this brilliant release, we thought we'd take a look at some of the most jaw-dropping country music moments ever caught on camera. Who says country is boring?

Johnny Cash Sets Prisoners Free
OK, so he didn't spring anyone from jail exactly, but when The Man In Black played to some of America's most hardcore inmates, the atmosphere was positively mutinous. Kicking off with a cheeky request for a glass of water ("if any of the guards are still speaking to me"), he launches into a blistering rendition of San Quentin, a song heavily critical of the prison system. When he gets to the line, "San Quentin, I hate every inch of you", the prisoners are whooping and cheering like they'd been granted early release. Which they kind of had.

Kanye West Makes Taylor Swift a Household Name
Taylor Swift was still considered a country singer in 2009 when the video for You Belong With Me won the MTV Video Music Award for Best Female Video. As she was giving her acceptance speech, rapper Kanye West decided it would be a good idea to jump onstage and tell the world that Beyonce should have won instead. In a funny sort of way, he did her a favour.

Sturgill Simpson Destroys The SNL Set
The producers of Saturday Night Live got more than they bargained for when they asked country maverick Sturgill Simpson to perform back in 2017. After tearing through a ferocious performance of Call To Arms, Sturgill and his band ended up wrecking the set. He's not been asked back.

Dixie Chicks Insult George W. Bush
Performing in London in March 2003 just nine days before the US invasion of Iraq, Dixie Chicks vocalist Natalie Maines told the crowd, "We don't want this war, this violence, and we're ashamed that the President of the United States is from Texas". It went down pretty well with their British audience but caused all sorts of strife back home where they were publicly denounced and even blacklisted by several corporate networks. No video exists of the incident but the girls were happy to repeat the sentiment on their return to London three years later.

Hank Williams Jr Compares Obama to Hitler
Following in the Dixie Chicks tradition (but from the other end of the political spectrum), Hank Williams Jr compared President Obama to Hitler during an appearance on Fox & Friends in 2011. The resulting furore saw Williams' song pulled from the opening sequence of ESPN's Monday Night Football, where it had featured since 1989. Williams remained unrepentant, telling a concert crowd the following year, "We've got a Muslim president who hates farming, hates the military, hates the U.S. and we hate him!"