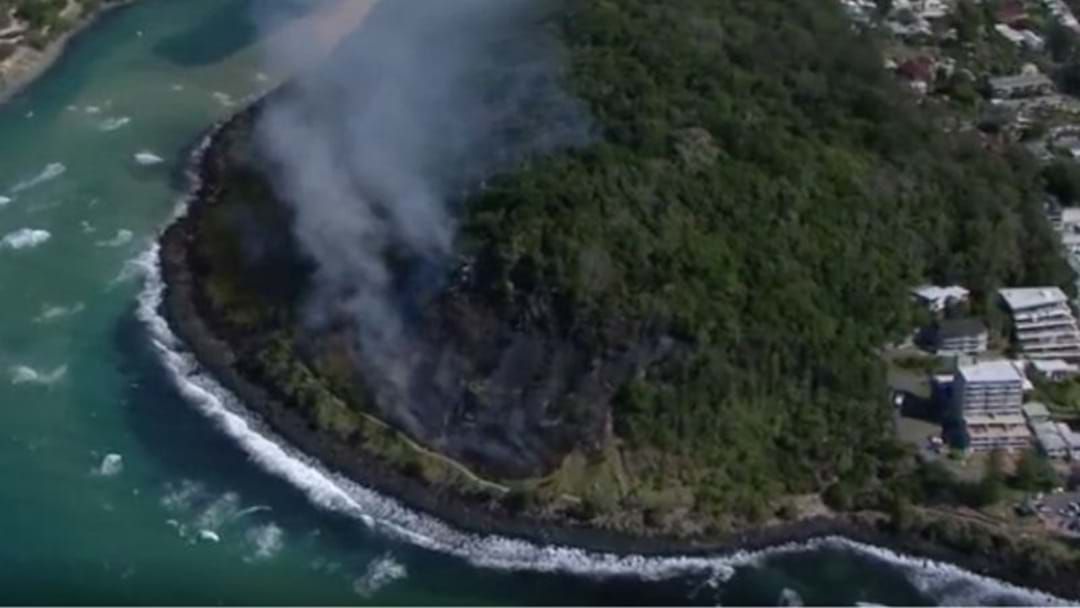 Authorities are searching for the pilot of a drone that interfered with water bombing efforts during a large blaze in Burleigh Heads National Park on Sunday afternoon.

The Civil Aviation Authority have issued a warning to all drone pilots following the interference of firefighting efforts during a fire on Burleigh Hill over the weekend.

According to Queensland Fire and Emergency Services the drone was seen flying over the bush fire scene amidst fire fighter’s efforts to contain the blaze.

The Civil Aviation Authority have been asked whether they plan to launch an investigation into the incident.

CASA spokesperson Peter Gibson told the Gold Coast Bulletin they would continue to search for the perpetrator who will be fined t the extent of the law.

“Flying a drone around an emergency situation is an offence under the law,” he said.

”If we can get the information we will investigate and we will issue penalties where appropriate.”

The blaze has finally been extinguished but the hunt for the drone operator will continue.