Dustin Martin Has Finally Picked His Car Up From The MCG 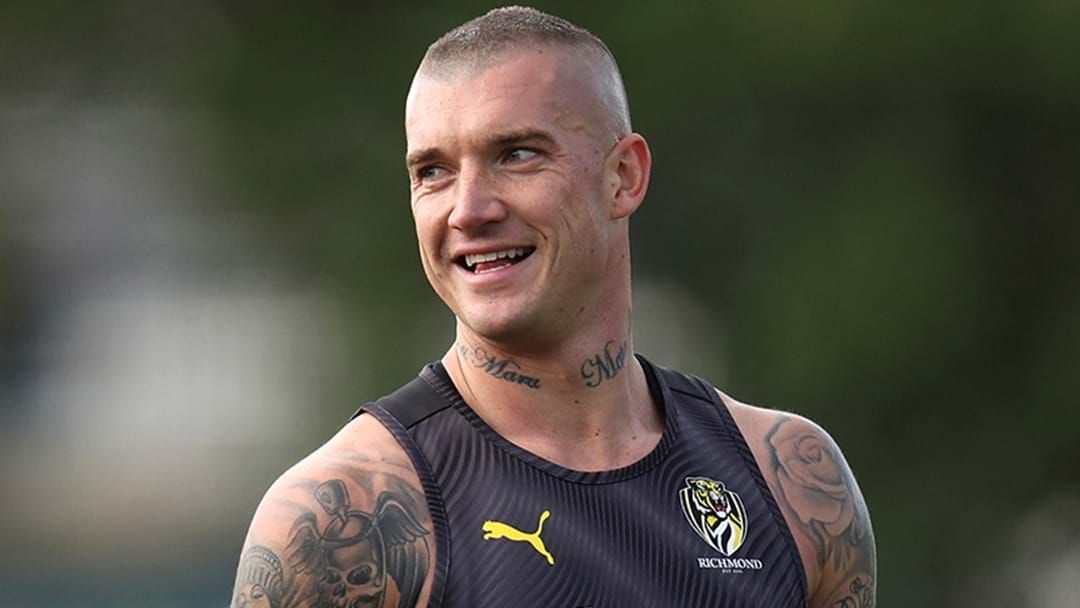 The two-month saga is over.

After what felt like an eternity, Dustin Martin has finally picked his car up from the MCG, according to his skipper Trent Cotchin.

Dusty famously parked his car at the ground and left it there following Richmond's premiership celebrations, instead getting his priorities straight and having an absolute time.

In the two months since, the dual Norm Smith medallist travelled to Las Vegas and later to the Maldives, popping up in the Instagram story of Serena Williams of all people.

He even hired a chauffeur to take him out to the wedding of former teammate Sam Lloyd, a three-hour drive away, while his teammates stayed overnight in a caravan park.

"It’s not at the ‘G anymore," Cotchin said on Monday morning.

"He did pick it up and he actually went and picked it up himself, so that was a surprise."

Does what he wants, does Dusty.