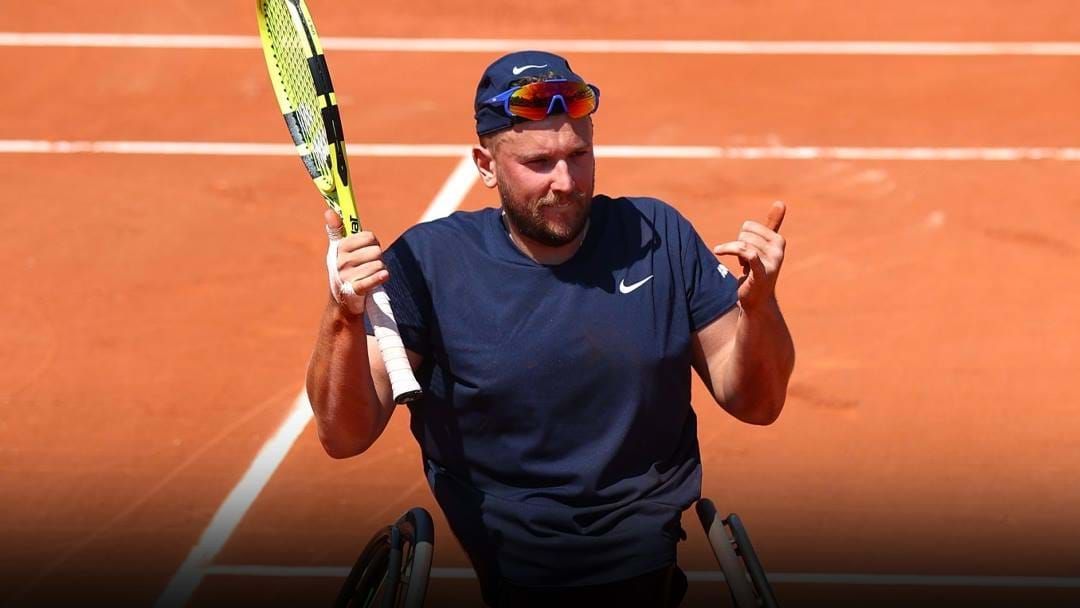 It's yet another major slam added to the Australian's long list of achievements, and second for the year after winning the Australian Open in February.

The 30-year-old has now claimed 13 major titles over his career, placing him in the upper echelon of his specific field.

The road wasn't easy, with Schroder pushing his limits early in the first set to lead 3-1. Alcott fought back, eventually taking out a tournament three-peat in straight sets.

Defeating the same opponent in Paris as he did in Melbourne earlier this year, Alcott gave praise to Schroder who he believes will take over the reigns soon enough.

"You came out and played so well, brother, and I'm sure you'll be winning a few of these big ones in no time, congrats," Alcott said.

"I don't know how many more [major tournaments] I have got left in me.

"People think that my purpose in life is winning Grand Slams and tennis tournaments and gold medals.

"But my real purpose is trying to change perceptions so people with disability can do whatever they want to do."

Alcott has taken part in several Paralympic events, a motivational speaker who stopped to speak on the latest Melbourne lockdown during his post-match speech.

"To my loved ones in Melbourne, I hope you're okay and sending love to everyone around the world who's doing it tough."

Over his career, Alcott has not lost a match at the French Open.