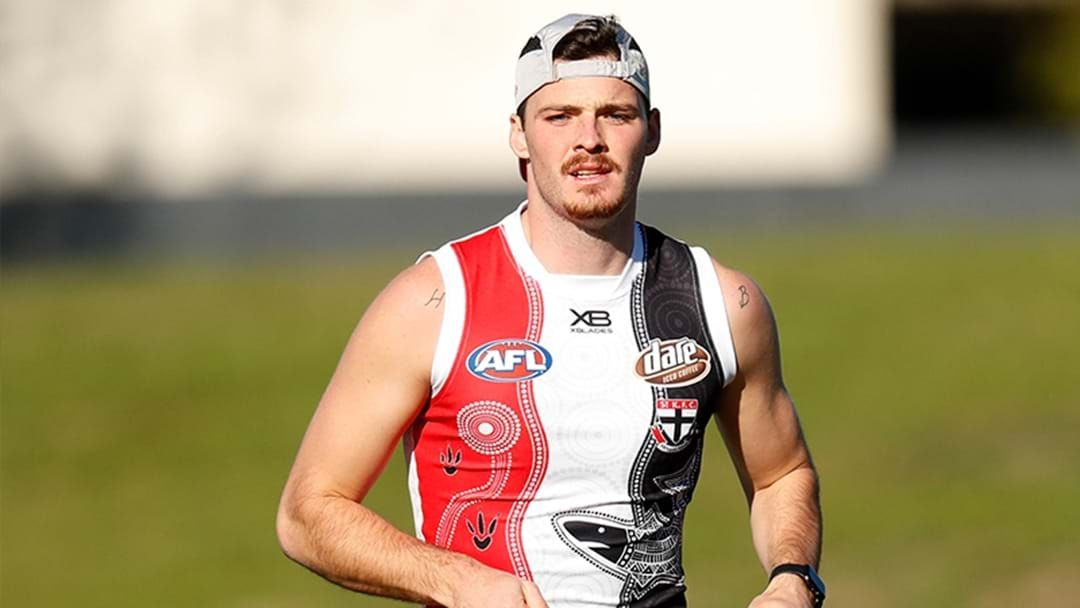 St Kilda defender Dylan Roberton told the Hot Breakfast this morning that he should be ok to make a return to footy in round one 2020 after nearly two years out due to a heart condition.

He also explained how he has overcome the issues he had that caused his heartbeat to rise to 300 beats per minute at times.

“I had my first session back with the group the other day, but obviously been running the whole off-season so feeling really good,” Roberton said.

“[I’ve] been managing what’s gonna happen over the preseason and hope to get back for round one.”

Roberton explained what measures he’s taken since first collapsing on the turf in round 4, 2018.

“That first episode was obviously a pretty serious one, but obviously I wasn’t on medication then so there was no sort of control,” Roberton said.

“Then I’ve been on medication to sort of balance your heart if it does try to go off and do anything silly, it sort of just regulates your heart and your blood pressure and that sort of thing, so I’m confident that’s gonna keep me healthy.

“I headed overseas and just got some opinions from overseas and everyone’s really confident that if I’m diligent with my medication and like I said those regular checkups with the cardiologist that everything’s gonna be fine.”

Roberton also said that he has had a defibrillator installed in his chest.

“[I’ve] got a few things to fall back on if anything happens,” Roberton said.

“So I’m really confident if anything serious is gonna happen a few things are gonna have to go wrong.”