In court this morning 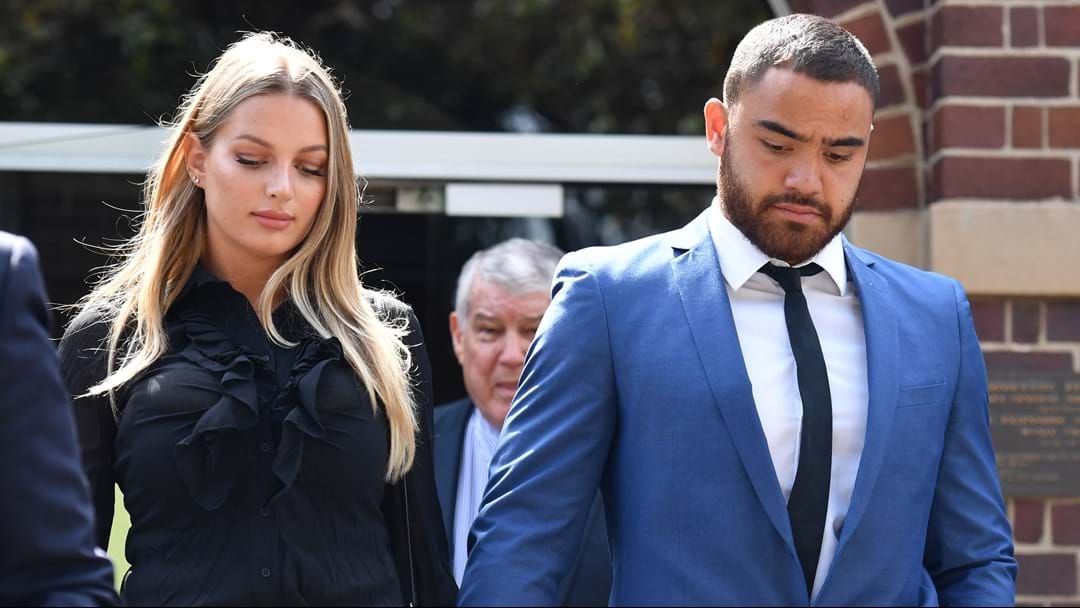 NRL player Dylan Walker has pleaded not guilty to assaulting his partner at a home on Sydney's northern beaches.

The 24-year-old was arrested and charged with common assault and assault occasioning actual bodily harm - both domestic violence-related - after Alexandra Ivkovic suffered cuts to her shoulder, leg and feet in Dee Why on December 6.

At Manly Local Court on Tuesday, the Sea Eagles centre's lawyer, Ramy Qutami, stated: "My instructions are to enter pleas of not guilty to the offences."

Police have taken out an apprehended violence order on the behalf of Ms Ivkovic who sat next to him in court talking and smiling. The pair left in the same car.

Mr Qutami said he understands a retraction statement will be filed.

Walker's bail was continued on the condition he complies with the AVO, and his matter was adjourned to December 18 to fix a hearing date if required.

If you or someone you know has been affected by domestic violence or assault, please call 1800 RESPECT or Lifeline on 13 11 14.