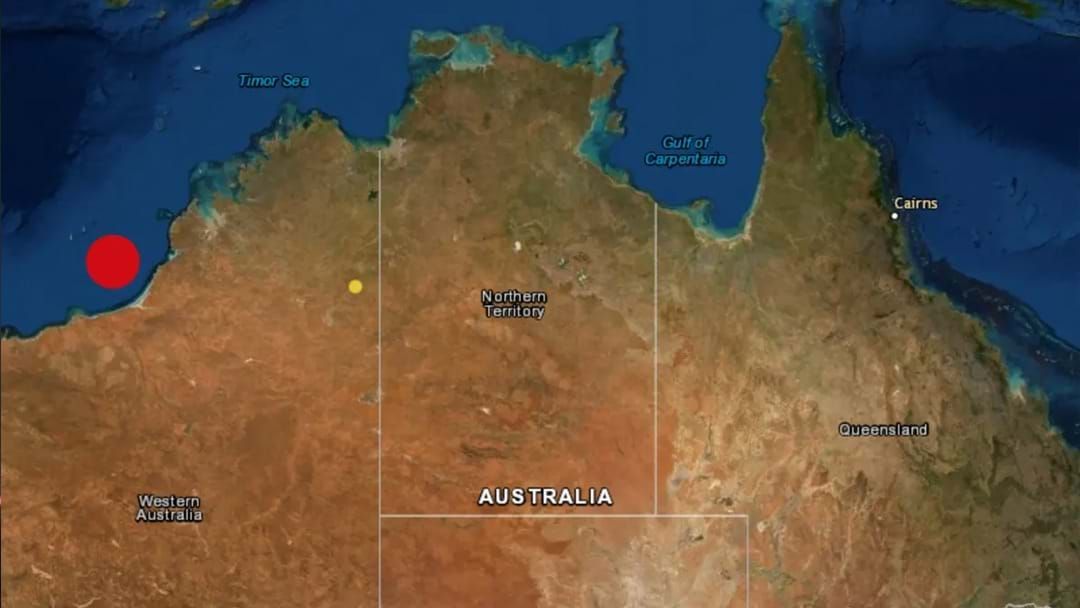 A massive earthquake struck the coast of Kimberley on Thursday, recording a magnitude of 5.1.

The impact was felt as far as Karratha and Darwin, occurring 200km west of Broome around 3pm.

It is the largest tremor since 2019, when a 6.6 magnitude occurred in a similar spot.

There were reports of shaking buildings and homes all over the state, however no damage has appeared from the quaking wreckage.

The earthquake happened 10km below sea level in the Indian Ocean, but authorities have not issued tsunami or other weather warnings in relation to close land areas.

A loud tremor caused 61 reports filed by Broome locals, and several others from Karratha, Port Headland and even 17 in Darwin.

"Ever since the magnitude 6.6 earthquake two years ago, we've had a long, extended aftershock sequence," Cummins said.

"Whether or not it's an aftershock of that one two years ago is an interesting question to ponder."