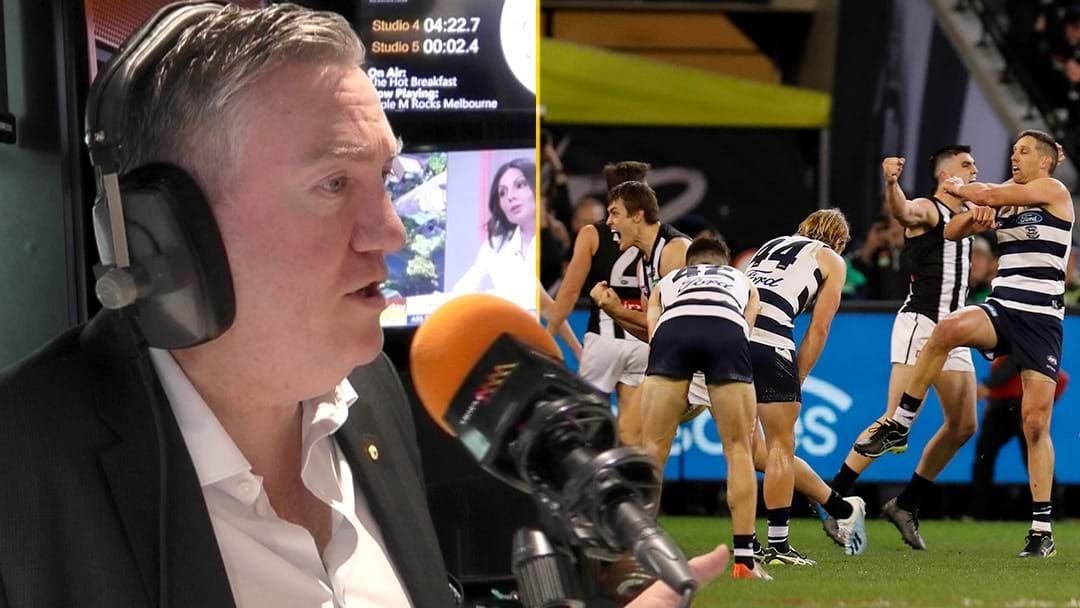 Many punters were unhappy with the strip clash on Friday night and Geelong president Colin Carter added fuel to the fire by denying that Collingwood & Geelong had a long standing gentleman's agreement.

Eddie cleared the air by saying that a deal was definitely in place with former Geelong president Frank Costa.

"I took absolute exception to Colin Carter intimating that I made that up on the spot," McGuire said.

"Frank Costa came to me, we had a discussion.

"Frank was sick of wearing fancy dress. Remember they had all (those) navy blue jumpers with the Cats face and all that rubbish.

Eddie went on to say that Geelong have worn white shorts during home games at GMHBA Stadium this season and they should have done the same on Friday night.