Eddie & Darc Debate The Role Of Journalists In Footy Media 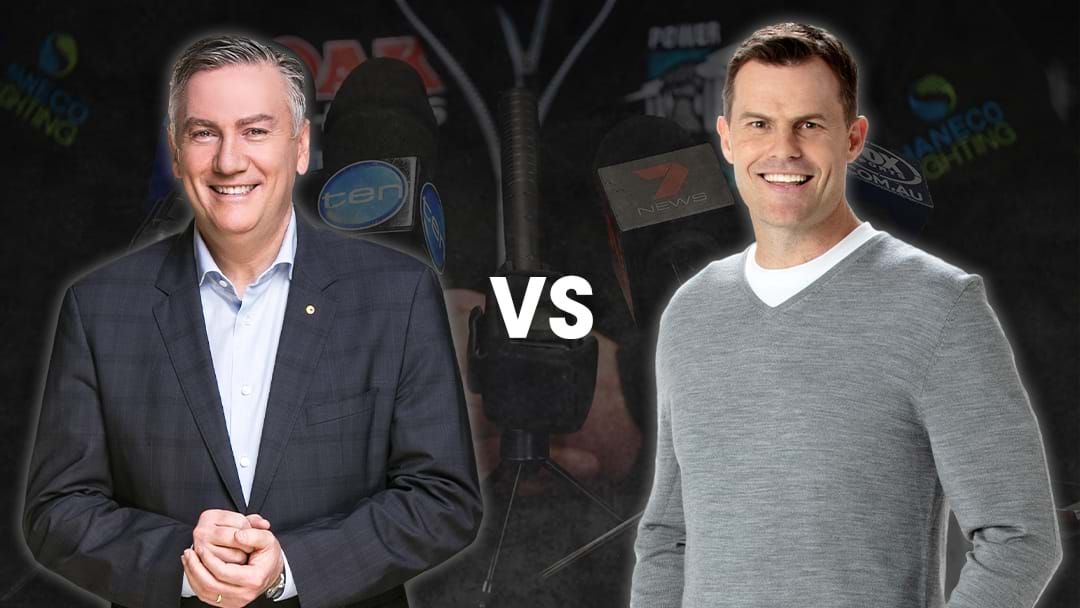 The Hot Breakfast's Eddie McGuire & Luke Darcy went head-to-head over the role of the media in football circles.

The debate was sparked by a discussion on Footy Classified last night where Eddie criticised the journalists at Geelong for not asking Jack Steven any hard hitting questions when he walked past the press earlier this week.

Luke Darcy argued that it was unnecessary to press players for personal or sensitive information.

Eddie was disappointed that Steven wasn't asked about the situation, saying it's a journalist's duty to ask the big questions and find the truth about the incident because it is their job.

Things got a little bit heated as they debated the topic.

Eddie believes that if a player is deliberately being rolled out by the club in public they should be fair game to ask whatever they want.

Seb Costello & Tom Browne also chimed in to give their perspectives at journalists. They sided with Darc saying they believe there is a line that shouldn't be crossed when they have an inkling that the topic is sensitive.

In case you missed it Trent Cotchin joined the Hot Breakfast this morning, catch the full chat here: