A bit of a whinge. 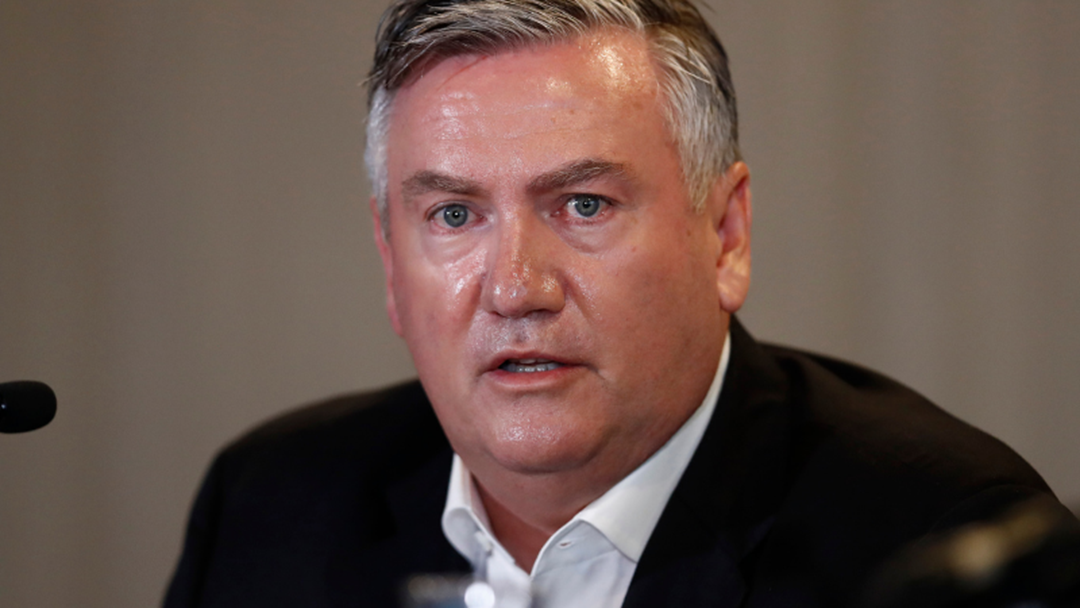 In a historic move, news has been confirmed Perth’s Optus Stadium will host this years AFL Grand Finale.

The announcement comes as music to the ears of WA’s fierce footy fans but it's not so sweet for everyone says popular broadcaster Steven Price sharing to Triple M Perth, former Collingwood president Eddie McGuire has been barred from attending.

“A bit of a whinge overnight in a text (message) I got from an old friend of yours and mine, one Edward McGuire, former Collingwood president, said he’s not allowed in. I’m giving it to you first hand, I’ve got the text in front of me, ‘I expected to be in Perth. They won’t let me in’,” Price said.

McGuire confirmed the news earlier on Wednesday to Triple M’s Breakfast Basil, Xav and Jenna telling listeners whilst he is conscious it’s not crucial to have him at the grand final scheduled for September 25, he can’t help but feel deeply disappointed.

“I put forward a smorgasbord of options … but it became untenable. It will be the first grand final I’ve missed since 1976,” he said.

The 56-year-old also confirmed his two sons were included in the application as both work in sports broadcasting.

Many have hit out at McGuire accusing him of using his privilege as an excuse to whinge.

No doubt Premier Mark McGowan had some tough words on the matter. Speaking to Perth’s Mix 94.5 he revealed McGuire wasn’t happy being denied.

“He was not happy. He’s not essential for the game, he has to stay in Melbourne,” he said.

Meanwhile, McGowan says he is very excited about the opportunity to host the coveted event whilst assuring “the strictest and strongest protocols” will also be enforced.