Rock NewsEddie McGuire Chats About The Greatness Of Sting & The Police

Eddie McGuire Chats About The Greatness Of Sting & The Police

"I love The Police" 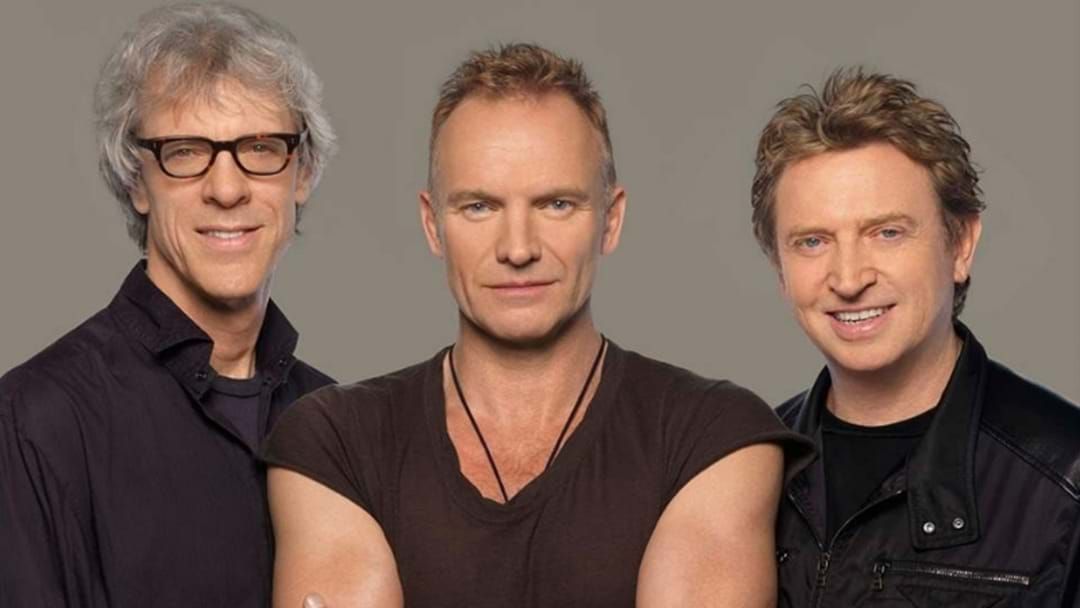 While English rock band, The Police, are known for their smash hits, the talent in the band itself all bring their skills to the table, having scored the band Grammy Awards, Brit Awards and more.

Made up of Sting, Stewart Copeland and Andy Summers, there's no denying that collectively, they're one of the world's best-selling artists of all time.

With hits like Don't Stand So Close To Me, Every Breath You Take, Roxanne, you can see why The Rock and Roll Hall Of Fame inductees always draw crowds.

The Hot Breakfast's Eddie McGuire has spoken about the greatness of Sting & The Police - from seeing them live in Melbourne, to having Sting play live in-studio!

Here's that Eddie had to say about The Police and the respect he has for Sting: