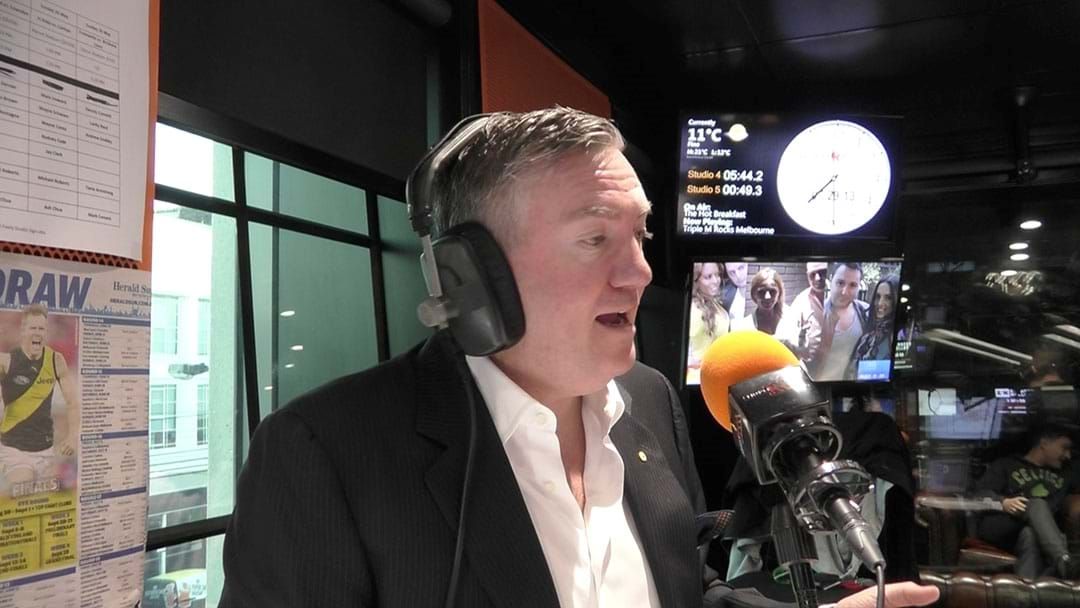 Eddie McGuire has explained how the proposed wildcard weekend could work in a fixturing sense on The Hot Breakfast this morning.

The idea was raised at yesterday's competition committee, and Ed shed some light on it this morning.

“The suggestion that was put up on the wall was that the wildcard weekend would be for the teams that finished 7th, 8th, 9th and 10th,” Ed said.

“There was a further suggestion from some people that maybe we look at it and you make it a wildcard weekend for those who finished 9th, 10, 11th, 12th… even at this stage if you look at the ladder, there’s probably six or seven teams just about cooked already and we haven’t even got to the halfway mark of the season.“

Ed said the wildcard weekend could eliminate a round from the season.

“They don’t get the week break, they go into the finals series and they would play 5th versus 12th, you know you’d work that out,” he said.

“It gets you an extra week of finals basically, and an extra couple of games, which means you can then get rid of one of the extra weeks of the season that is redundant and get closer to having that situation where everybody plays each other once.”

Ed said the idea would keep teams relevant to the season for longer.

“We want to have more games that actually mean something,” Ed said.

“We don’t want to have dead rubbers from the middle of June going all the way through.

“This is a way to keep everybody’s interest.”