AFL NewsEddie McGuire Has His Say On The 'AFLM' Situation

Eddie McGuire Has His Say On The 'AFLM' Situation 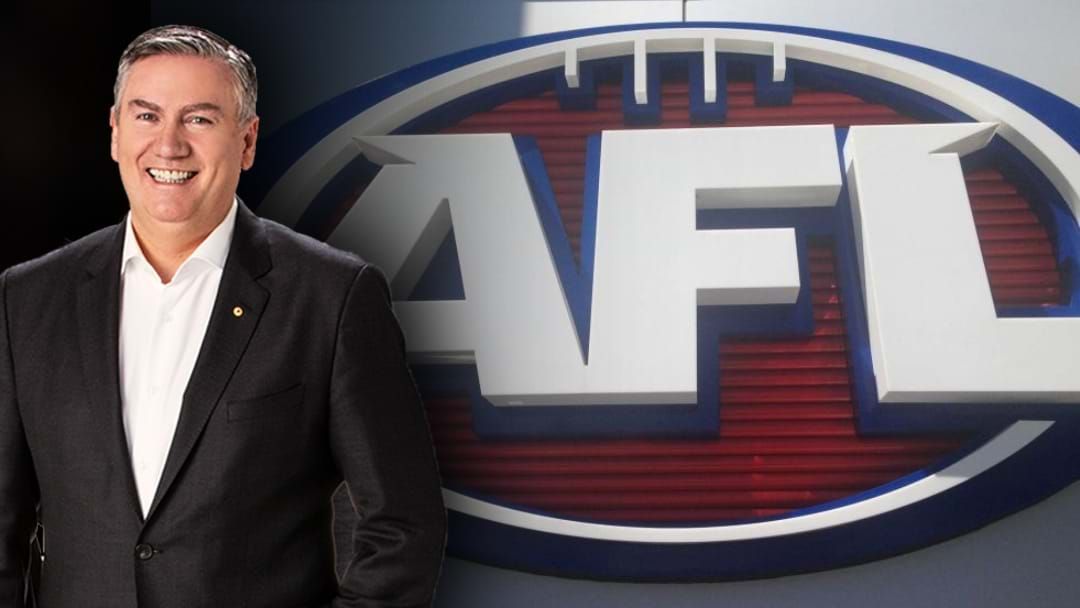 Eddie McGuire has weighed in on the recently debunked rebrand of the the AFL to 'AFLM'.

Head of Football Operations Steve Hocking left the door open for a rebrand on a recent podcast, but yesterday the AFL clarified that this would not be the case.

The Collingwood president believes that Hocking was misunderstood with he said and went on to explain that a rebrand would be an over reaction.

"Susan Alberti was pushing it up. She likes AFLM and AFLW," McGuire explained.

"I'll explain what happened with there with Hock (Steve Hocking), he said 'no' basically (to the rebrand) but if it was something that everyone got excited about we'd (the AFL) have a look at it because the AFL are so attuned these days.

"Particularly with the women's footy at the start of the season, it's so positive (that) you don't want any negativity coming through."

"I think they are both flying at the moment, and let's not get our knickers in a twist over this one."