The Hot Breakfast discussed this morning 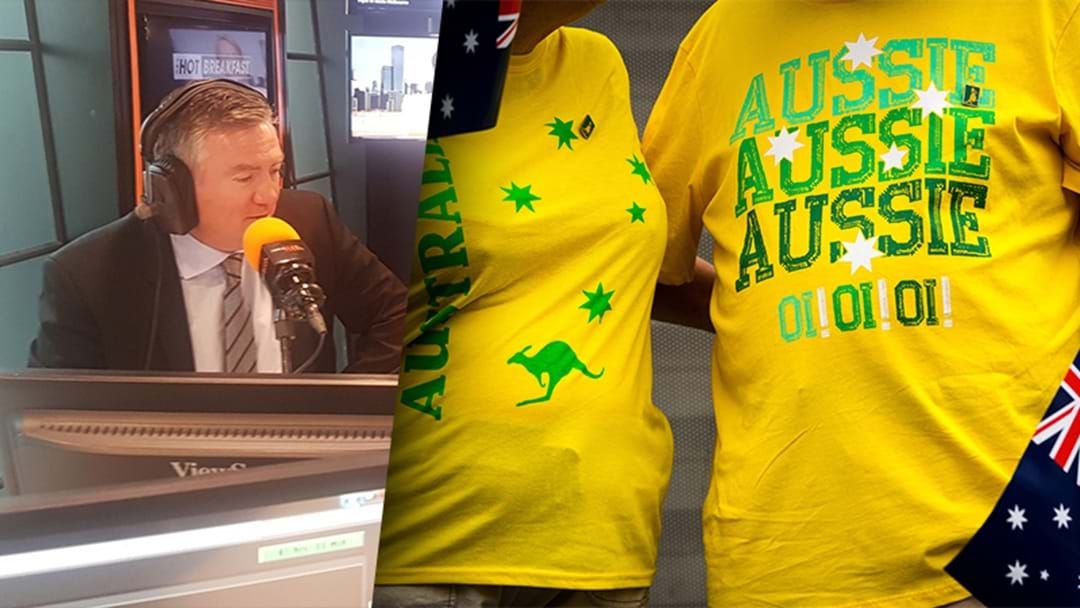 The topic of Australia Day has been hotly debated in the lead-up to this Friday's public holiday.

The Hot Breakfast discussed the controversial date this morning and argued whether the date should be moved.

"Firstly, the thing I'd like to say - when you normally get into this debate you get some frank feedback suggesting that if you want to change the date, you hate Australia," Wil Anderson started.

"But the reason I would like to change the date is because I love Australia.

"I think there's probably some problems around the 26th where all Australians could come together and celebrate and have that party.

"All Australians really care about is the public holiday - until 1994 we used to celebrate it on whatever Monday was closest to the 26th so we could have the long weekend.

"I'm not sure we need to protect something we've only had since when Shawshank came out!"

Luke Darcy agreed with the sentiment.

"I think I'm with Wil in a snapshot of that - it's not hard to pick a day that and make it inclusive for everyone," he said.

Eddie McGuire also agreed - then proposed his new date for the celebration.

"You look at similar things from a mindset - my mother's Irish and my father's Scottish," he said.

"The Orange walk, for example, in Ireland and Scotland is very divisive - it's probably archaic these days.

"It continues to open wounds that have partially healed and I see the similar situation for Indigenous Australia.

"I reckon the date for Australia is May 27, which was the day in 1967 where white Australia and black Australia finally became 'Australia'.

"That was when we had a referendum where 90% of white Australians - having just got rid of the 'White Australia' policy - said no, we have to address what we have done for a fair period of time and that is treat Indigenous Australians abysmally."

Eddie also suggested retaining January 26 as an opportunity to celebrate 'Multicultural Day' as well - the day that many ancestors 'arrived' to the country.

A sharp caller named Brian pointed out that May 27 would line up very conveniently for Ed to schedule a Collingwood blockbuster on the new 'Australia Day' - and Ed didn't disagree.

Listen to the full chat - and Catch Up with the entire show every morning on the Triple M App! Download here: play.triplem.com.au/melbourne