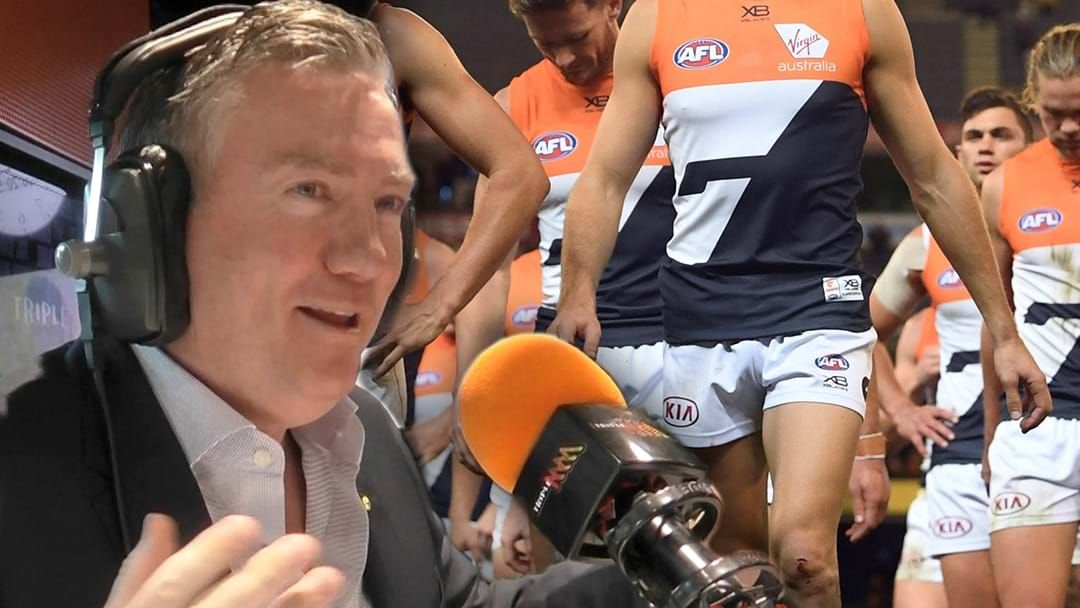 Tom Browne reported this morning on the Hot Breakfast that GWS have requested a 'cost of living allowance' to stretch their salary cap next season, per the Herald Sun.

Historically 'COLA' allowed a larger salary cap for the Sydney teams and was instrumental for pulling off some of the biggest deals in footy including Lance Franklin's shock move to the Swans in 2014.

Luke Darcy baited Eddie McGuire for a reaction this morning on the show.

"We're cutting the guts out of the competition at the moment and they want a cost of living component... Seriously."

The Hot Breakfast caught up with Dion Prestia earlier this morning ahead of Richmond's clash with Port Adelaide.