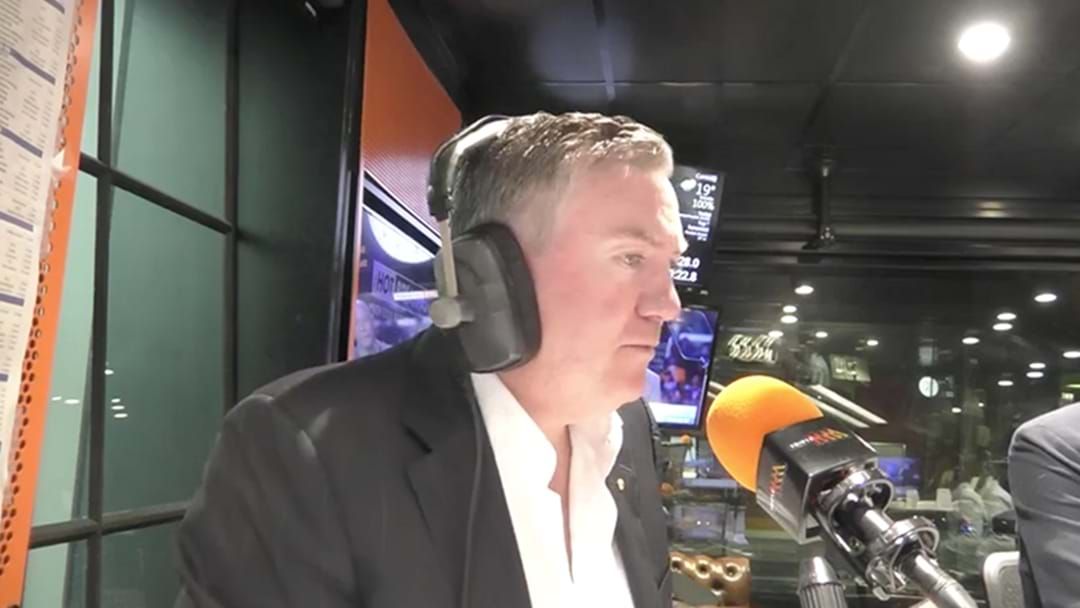 Eddie McGuire has responded to Sam McClure’s report in The Age linking him to Amazon’s involvement in footy on the Hot Breakfast this morning.

“Footy industry sources have confirmed to The Age that Amazon is purchasing the rights to a series of football club documentaries to be produced by JAM TV, the television arm of McGuire Media and shown on Amazon Prime in Australia,” Luke Darcy quoted the article as saying.

“It goes on to say to Swans superstar Lance Franklin is high on Amazon’s wish list for a series that would include in-depth interviews across the source of the season, that sounds like an amazing deal for football to have Amazon entering the football landscape here in Australia.”

Ed played a straight bat, however.

“I can’t say anything Darc… it’s not appropriate for me to speak at the moment,” he said.

“I’m happy for people to write stories. These always in the early stages have some fact and some fiction in there, but it’s not an appropriate time for me to speak.”

He also wouldn’t be drawn on reports that Collingwood themselves knocked back Eddie’s plans.

Tom Browne explained why Amazon’s entrance to the market is attractive to the AFL.

“The AFL’s a bit concerned at the moment of the value of the TV rights,” Browne said.

“That’s where most of the money came from. Foxtel’s competing against other TV now, Apple, Amazon Prime, Netflix, Disney.