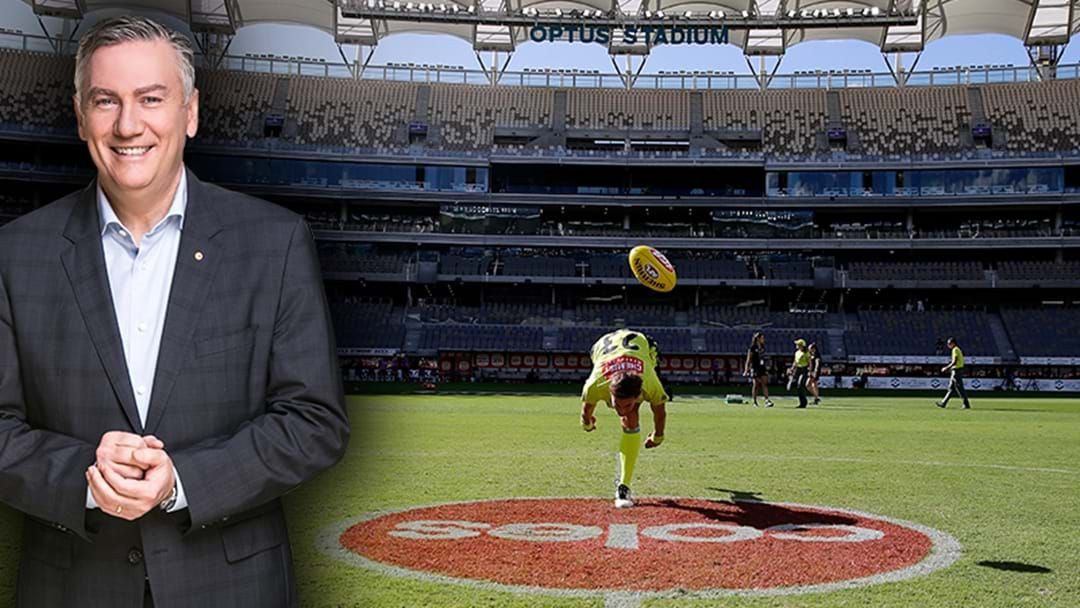 Eddie McGuire has responded to the push to have this year’s grand final moved to WA on the Hot Breakfast this morning.

Ed pointed out that the Victorian government have put up a lot of funding to help the AFL during the coronavirus pandemic.

“If the West Australians want to get involved, that’s fantastic,” Ed said.

“But it was Dan Andrews who put his hand up and said ‘hey, we’ll support AFL football, we’ll get you through this tough time, we’ll help you get the bank line of credit’.

“So that’s great, but they need to kick in, and if they want to have a grand final, that’s fine but at the moment there is a contract at the MCG, but if they want to buy that and it works out, fantastic.”

There has been some suggestion that the grand final could be moved to Optus Stadium in Perth after WA premier Mark McGowan announced to plans reopen stadiums to full capacity on July 18.

Meanwhile, Victoria has had to roll back planned easing of of Covid restrictions after a spike in cases, including Essendon defender Conor McKenna.