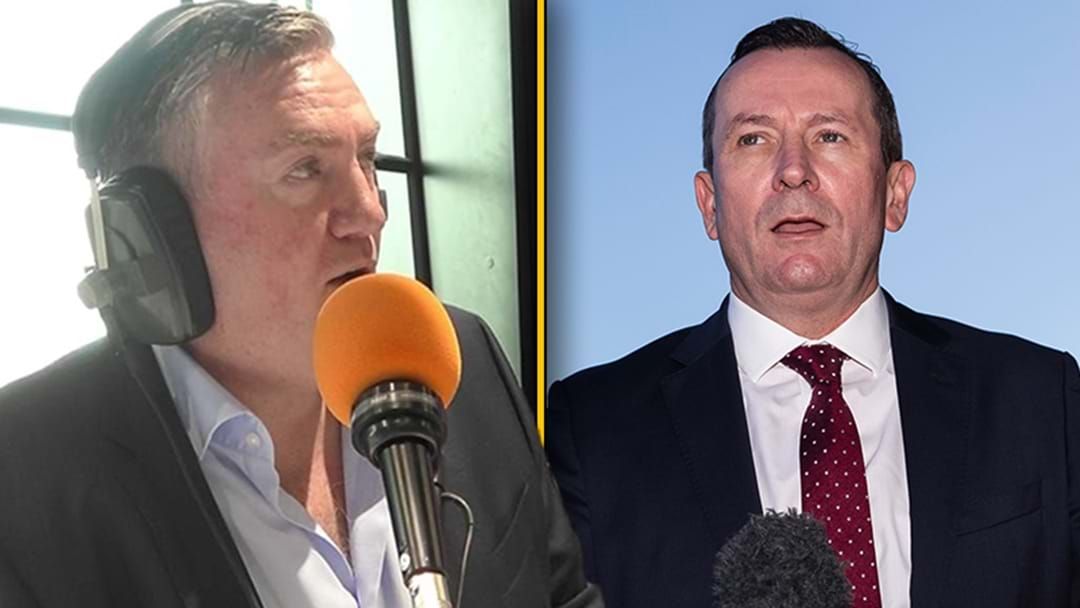 Eddie McGuire responded to what he described as Western Australia Premier Mark McGowan’s “cheap shot” at Victorian clubs on the Hot Breakfast this morning.

“I thought it was a bit of a cheap shot from the Western Australian premier yesterday to come out and say the Victorian clubs are soft and all the rest of it,” Ed said.

“Mate, you’ve gotta make an announcement before we can actually have a response to it.

“And I think on this show we’ve been saying for over eight weeks about the idea of, I think I used the example of Collingwood and St Kilda going over to Perth.

“If they didn’t have a two week lockdown period when you go in there, a quarantine period, we’d be over with our ears pinned back.

“So we’re getting to some sort of sense now, as long as we don’t get the politicians trying to just go silly and try and go all populist… everyone’s working together on this type of stuff.”

Ed’s comments came after McGowan called Victorian clubs “pampered” for not wanting to set up hubs in WA.

“I think some of these Melbourne teams just aren’t willing to put themselves out or do anything remotely difficult,” he said yesterday.

“It appears to me Victorian clubs aren’t willing to leave their comfort zone and come over here to hub in Western Australia.