On Concert in the Clouds 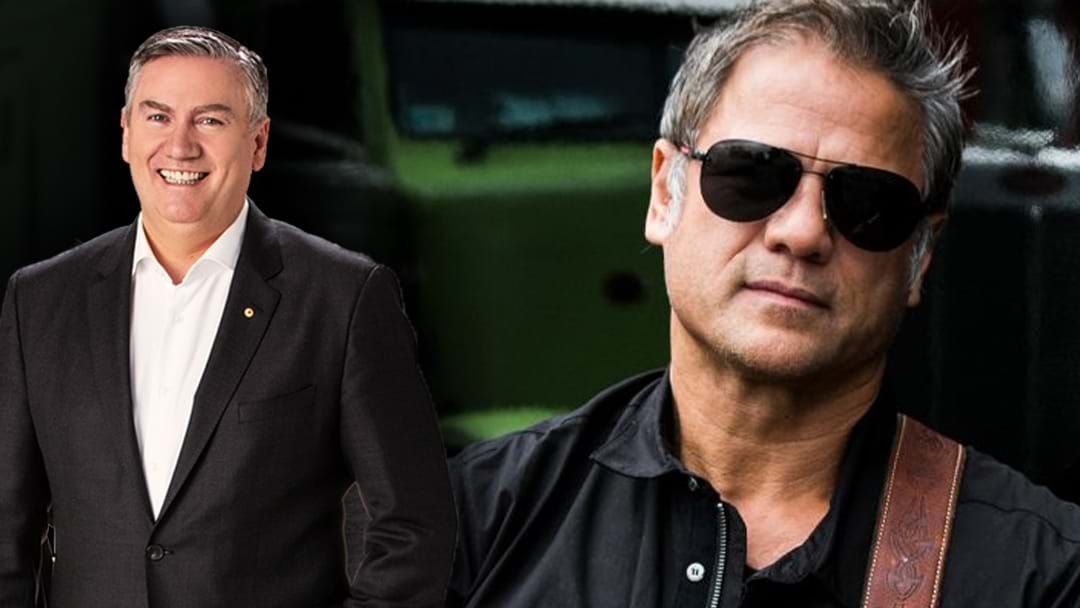 Eddie was a long time fan of Stevens' work and had numerous encounters with him through the Footy Show & The Hot Breakfast.

McGurie acknowledged that Stevens' set at a Collingwood function in the lead up to the 2010 Grand Finals settled the the anxious Magpies players and was a contributing factor to them lifting the cup the following week.

"Jon got up the week before we (Collingwood) played in the 2010 Grand Final and ripped the place apart, the boy go right into it and it took the nerves away," McGuire said on Concert in the Clouds.

"And on the Saturday the mighty Magpies went out and won the premiership. I'll never forget Jon Stevens for that night, he was just sensational.

"He really knew what was going on, he knew the boys were there and a bit edgy, but he got them going - fired the whole place up!"