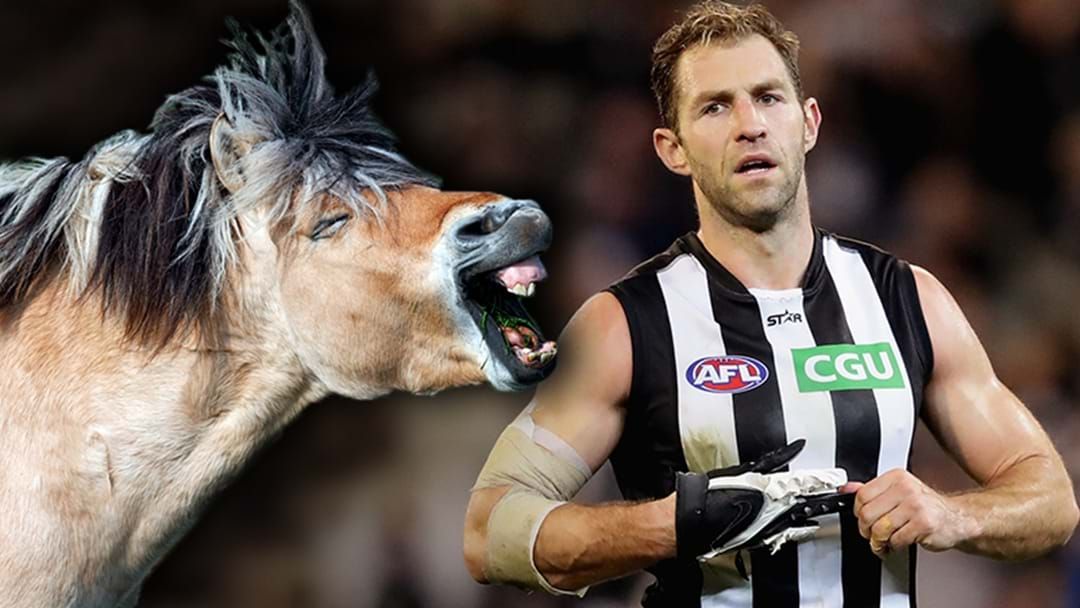 Eddie McGuire revealed a hilarious detail involving a horse and two tortoises when he went to Travis Cloke’s parents’ house to sign him to Collingwood on the Hot Breakfast this morning.

“Neil Balme and Greg Swann picked me up and we went out to the house, and they had acreage there,” Ed said.

“We went out, and the only person who wasn’t there was Travis!

“I’ve got a jumper with his number on it, because Richmond were into him at this stage, and I’m going ‘mate, you gotta come to the Pies, your brothers are there’… anyway, I’m sort of zoning in and out a little bit, the sisters are there, the mum’s there, it’s great, I’ve known the Clokes for years."

It was around this time the negotiations had an intruder.

“I sort of zone out, and I look down, and then I look up and standing in front of me, as I’m sitting on the couch, in the lounge room, is a horse," he said.

“They were bemused that I was bemused,” he said.

As if that wasn’t weird enough, two other friends from the animal kingdom got involved later.

“Anyway, we get back into the conversation again… then I feel something at the cuff of my pants, ny trousers,” Ed said.

“After the horse I hope it’s not a ferret, and I look down and there’s Cuff and Link, there were two tortoises... I got in the car back and I said ‘I hope this bloke can play!’”