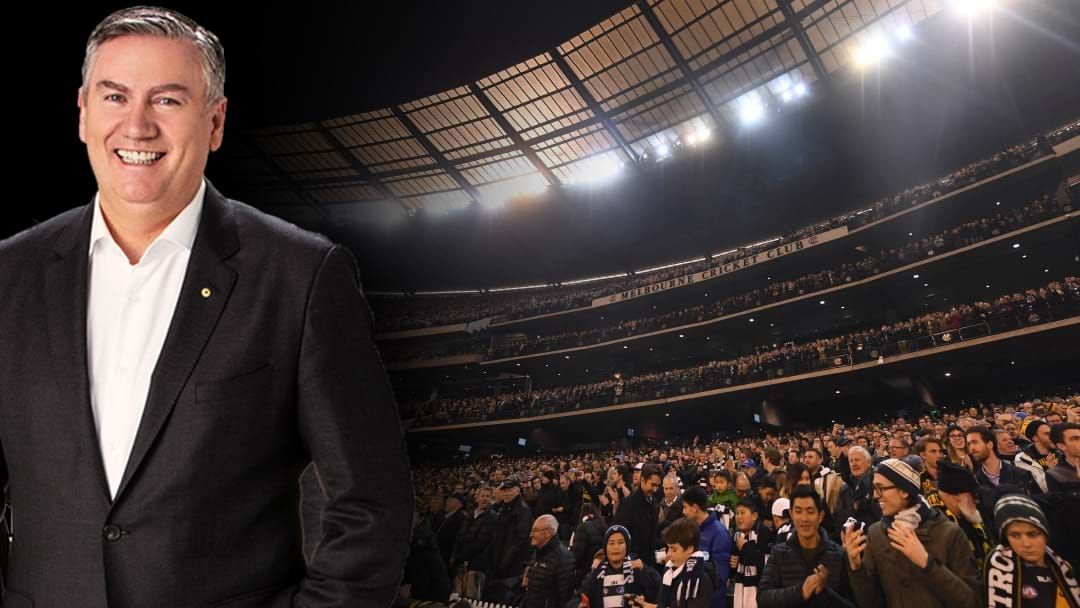 Eddie McGuire's trip to the 'States as the Hot Breakfast's Super Bowl correspondent has sparked an idea of how the MCG could be redeveloped to be more fan friendly.

Eddie speculated that the Southern Stand at the MCG will be rebuilt, which got him thinking about how to use this opportunity to overhaul the MCG and benefit the thousands of fans who attend the ground every year.

Eddie's grand plan would see the concourse of the MCG directly link to Richmond Station & carry over to Olympic Boulevard/Swan Street.

This would reduce traffic on Punt Road and eliminate the need to close Brunton Avenue every time there is an event on.

He also proposed to put a roof on the MCG as part of the redevelopment so that the stadium can be used year-round.

This would protect that spectators from the harsh Aussie climate during the summer of cricket & the cold, rainy winter during footy season.

It would also allow concerts and events to be held at the ground all year round without weather interfering.