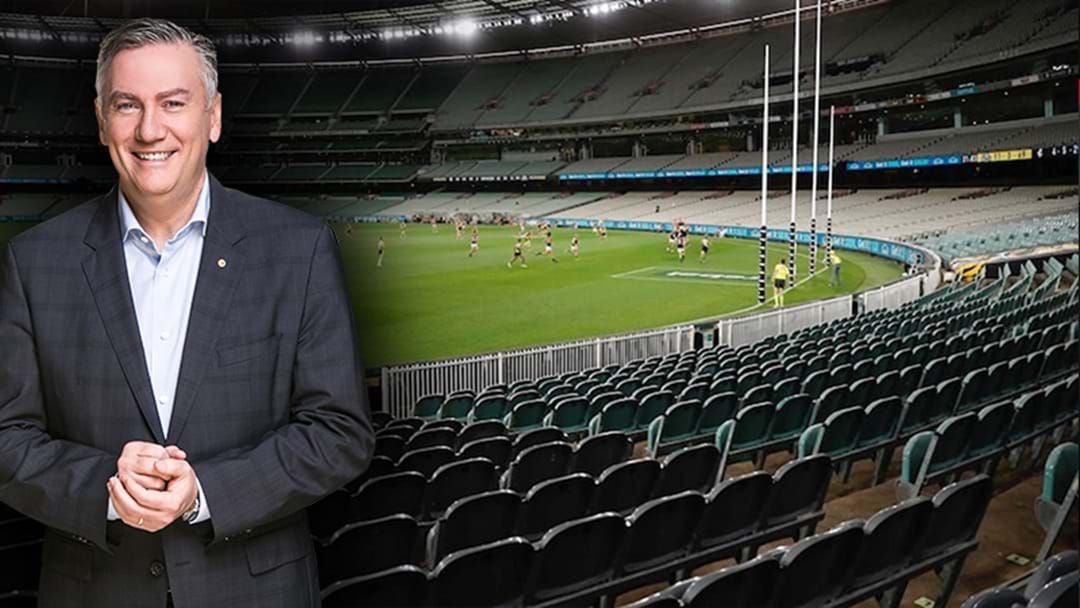 Eddie McGuire had some mail on the rejigged fixtures this morning, saying that there may be up to three games in Victoria next weekend.

“My understanding is there might be still three games this weekend in Melbourne,” Ed said on the Hot Breakfast.

“Not that it matters because no one can go anyway.

“I think Brisbane will probably still play Collingwood on the Friday as you (Tom Browne) said, Geelong and St Kilda, the plan was always Geelong would play on the Thursday, Darc, and get over as quickly as possible to Western Australia to get another hub.

“The Pies would do the same with Brisbane, and Collingwood would go to Western Australia and then Brisbane, now that they’re locked out of Brisbane… what they can do then is they can go through New South Wales and play Sydney.”

Ed said the story will be slightly different for South Australian sides.

“What the South Australian teams might be able to do now, Darc, is go home and train, but fly in and play anyone other than a Victorian team,” he said.