Eddie Responds To Nathan Buckley's Comments & The Fallout At Collingwood 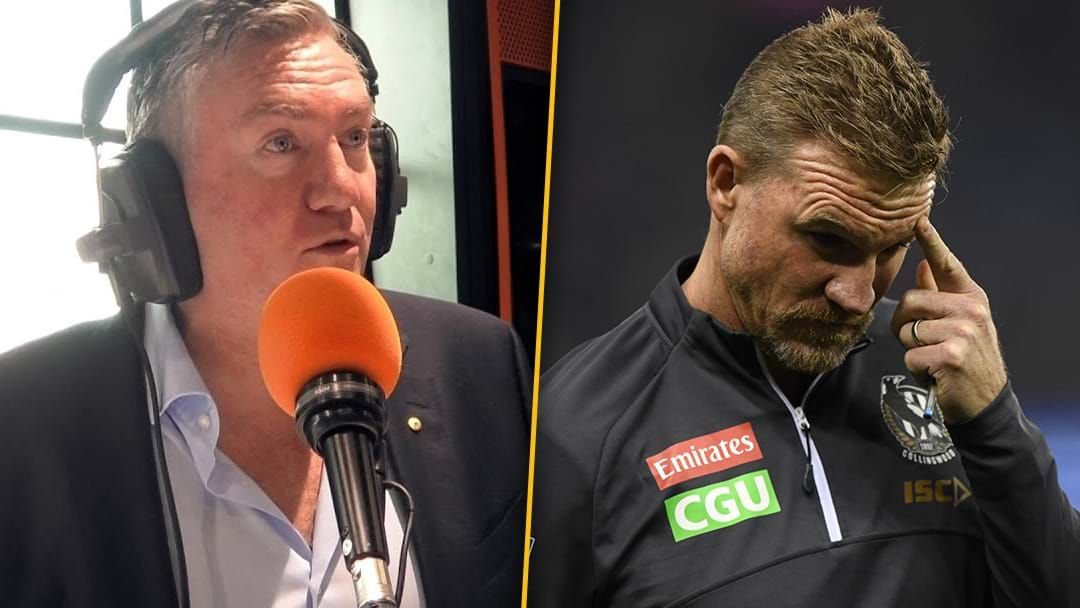 Eddie McGuire responded to Nathan Buckley's comments yesterday morning on SEN where the Magpies senior coach all but confirmed that that some of their key players were forced out due to salary cap issues and not list management calls.

Eddie responded to Buckley's comments and said that Collingwood were acting in anticipation of the upcoming salary cap reduction rather than acting radically due to their current situation.

The Collingwood president believes that with the new salary reduction, Collingwood won't be the only club forced to make these decisions. Particularly with a number of large back ended contracts.

"We could have gone on with the salary cap, so it wasn't as if it was a fire sale. We changed, we pivoted," McGuire said.

"If the (playing) lists comes back, and the salary cap comes back a bit as well, there's going to be far more of this.