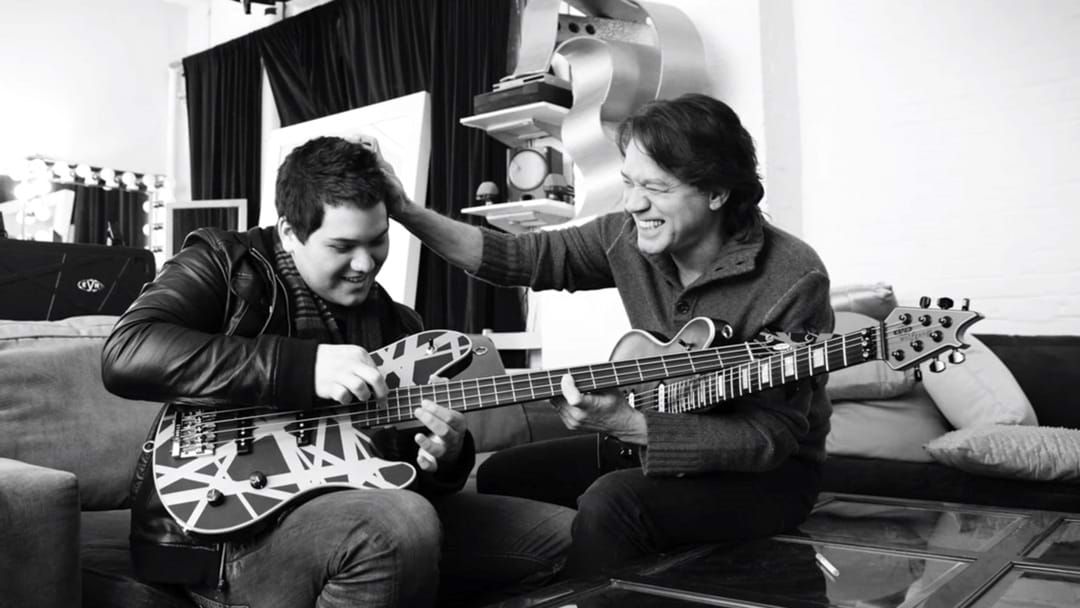 Just one month after the death of rock legend, Eddie Van Halen, his son and bandmate Wolfgang Van Halen has released a new single and music video as a tribute to his Dad.

Released under the name Mammoth WVH, the debut solo single Distance is an emotional release, stripped back with only Wolfgang playing on the track, questioning his life without his Dad and expressing how much he misses him around, with the lyrics "no matter what the distance is, I'll be with you".

Distance is the first single from Wolfgang Van Halen's solo album, due out next year.
More info and get your copy here

Eddie Van Halen passed away 6th October 2020 after a long battle with cancer. He was 65.