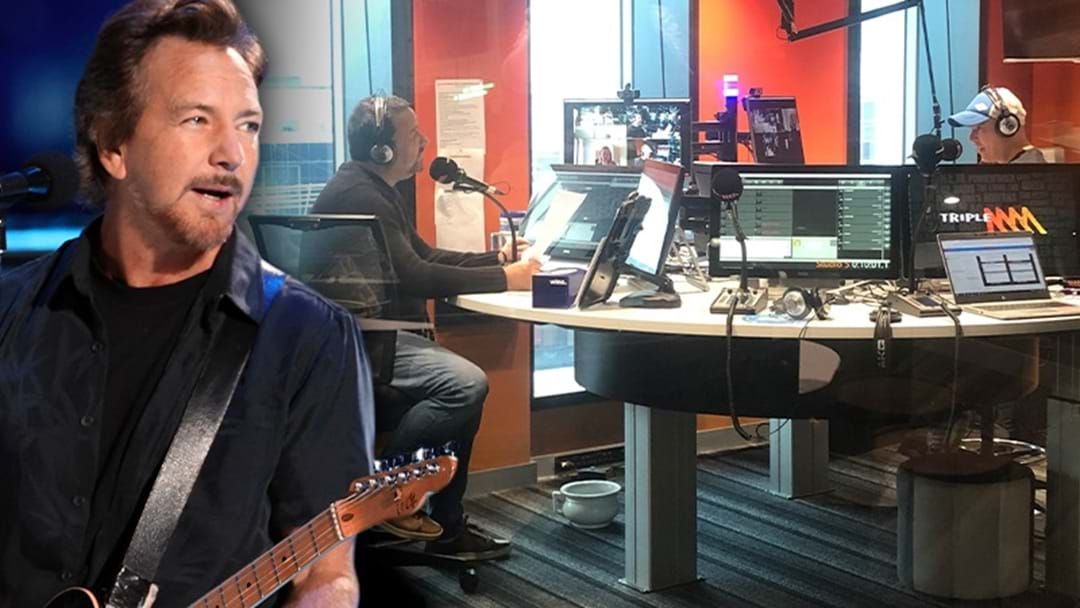 As if that wasn't good enough, the great man sent you, the Triple M listeners, a nice little message:

You heard the man - listen to Long Day on Triple M! And we've been immediately playing it from this arvo.

That gave Mick Molloy and Dangerous Dave first chance to react on today's 'Molloy', and safe to say it got a warm thumbs up! (at least until Mick got distracted and started talking about that bit in 'Ted' where he's talking about how all grunge singers in the 90s sound!)

Dave and Mick reckon Long Day is "Tom Petty-esque", which we can totally get on board with.

Can't wait to hear it? Check it out below.

The Pearl Jam legend has been busy recently, collaborating with Glen Hansard on eight new compositions for the Flag Day Original Motion Picture Soundtrack. The Soundtrack features singer-songwriter Cat Power who contributes three new original songs, along with one cover, and the debut of Olivia Vedder (yep, that's Eddie's daughter) on two tracks. Flag Day, starring and directed by Sean Penn and starring his daughter Dylan Penn, has already been selected for an award at the Cannes Film Festival.

Tell us what you think about Long Day, along with ALL the music we play on Triple M by signing up for the Triple M Club. As well as deciding what music we play on air, you'll be in line for some seriously good prizes from the world of rock, sport & comedy.