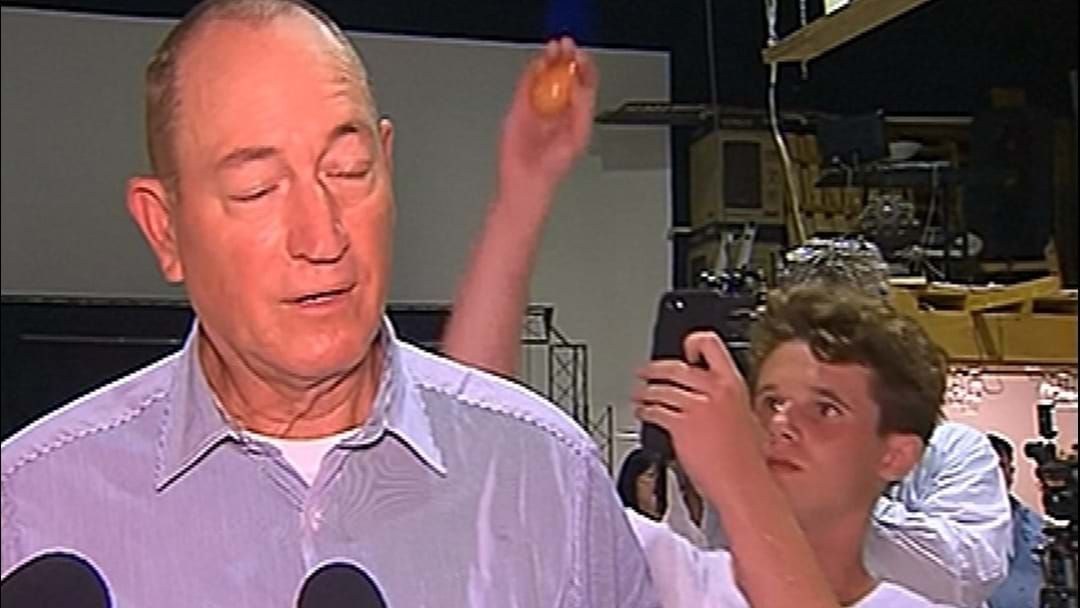 A lawyer representing a teenager who broke an egg on Senator Fraser Anning’s head has confirmed all donations to the teen will go to victims of the Christchurch terrorist attack.

17-year-old Will Connolly filmed himself cracking an egg over the Senator’s head at an event in Moorabbin over the weekend, with the Senator promptly punching him in the head before his supporters tackled him to the ground.

Lawyer Peter Gordon, who is representing Will Connolly pro bono, spoke to media today confirming they would not be pressing charges for the retaliation.

He addressed the tens of thousands of dollars donated online to Will.

He said they were co-operating with police and there was nothing they could add right now – he said there was no indication police were looking at charging Will.

Will and his family would appreciate some privacy, he said.