On eve of match vs West Indies 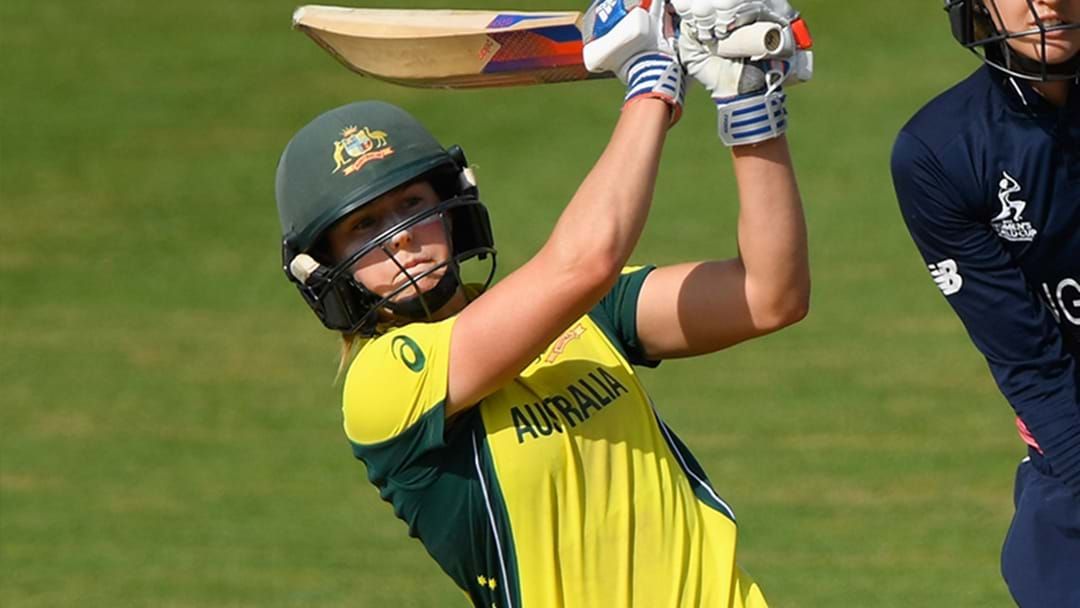 In a cruel blow to Australia's World Cup hopes, star all-rounder Ellyse Perry has been ruled out of Wednesday's semi-final against West Indies in Wellington.

Captain Meg Lanning confirmed the news in a press conference, revealing Perry was unable to prove her fitness as a result of back spasms.

"Unfortunately she just ran out of time to prove her fitness," Lanning said.

"We'll keep assessing her if we are to progress in the tournament so it's unfortunate for her and the team, obviously a big blow, but we feel like we've got some good depth to be able to cover it and we're going to have to do that tomorrow."

Lanning remains optimistic that Perry will be ready to go, should Australia advance to the Final in Christchurch on Sunday.

"She hasn't done a lot (of training) over the past week to be fair," Lanning said.

"She batted a little in the nets yesterday and felt ok but wasn't in a position to perform at the level needed tomorrow.

"We haven't looked too far ahead, we'll keep assessing her if we are to progress but the team and squad is very focussed on tomorrow."

"I'm sure there's work going on in the background to get her up to play if we were to get through."

It's a repeat blow to the 31-year-old, after she was unable to participate in Australia's T20 World Cup finals in 2020 following a hamstring tear.

"Each day we've assessed it, seen where it's at, and it definitely has been improving, which is really nice," Perry said at Australia's training session.

"It's going really well, but obviously just need to make sure that I'm in the best possible spot to be able to contribute, if I was to play."