StuffEric The Parrot: Literally Saves His Owner's Life, What A Champion!

Eric The Parrot: Literally Saves His Owner's Life, What A Champion! 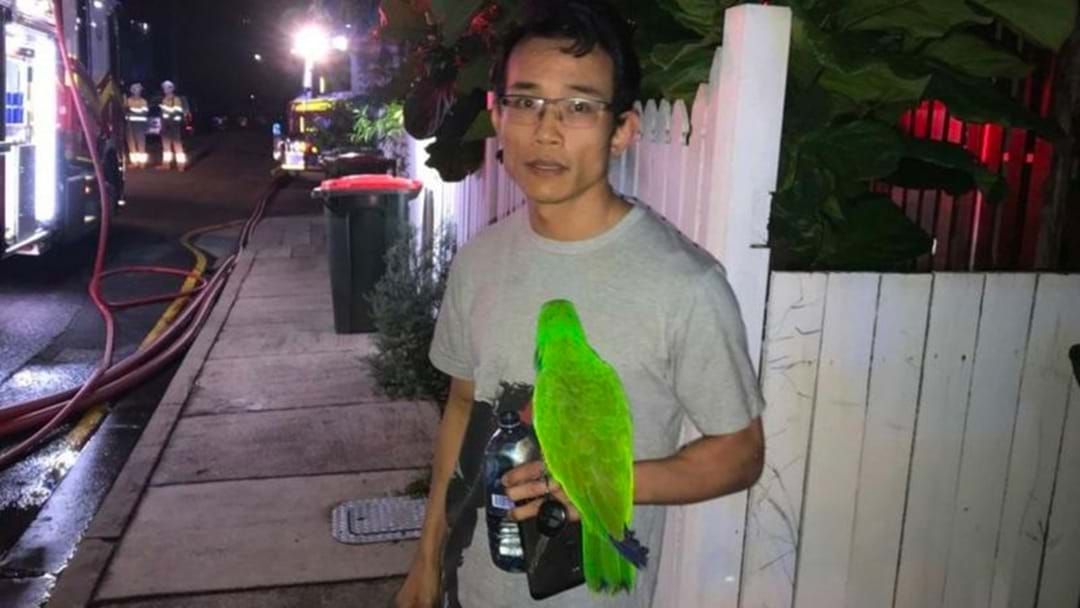 A bloke from Queensland is not thanking his lucky stars, he's thanking his pet parrot after it woke him from sleeping to alert him about, oh you know, the house being on fire.

Anton Nguyen was catching z's when Eric, his parrot, reportedly 'yelled' at him, enough to wake him up and spring him into action.

"I heard a bang and Eric - my parrot - he started to yell so I woke up and I smelled a bit of smoke," Anton told the ABC.

"I grabbed Eric, opened the door and looked to the back of the house and saw some flames... and so I took off and bolted downstairs."

The house, in Kangaroo Point, was so engulfed in flames that it reportedly took four fire crews over an hour to contain it.

Anton escaped the blaze with no injuries, a few possessions and most importantly, his legend of a parrot, Eric. Literally, a life saver.