Esperance NewsESPERANCE BULLDOGS are into the GRANDY! and LION'S keep their FINALS HOPES ALIVE

ESPERANCE BULLDOGS are into the GRANDY! and LION'S keep their FINALS HOPES ALIVE 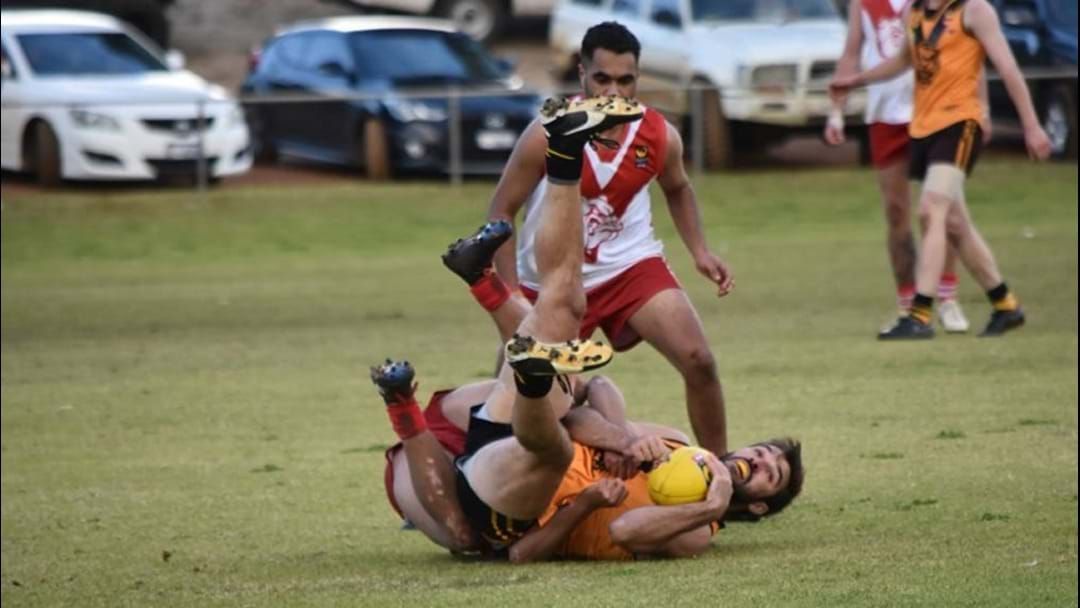 The red and white faithful knew what was coming but the undefeated Gibson Tigers and perhaps many others in the EDFA were not expecting the fierce intensity brought by the Bulldogs in a dominant display of finals footy at Newtown Oval on Saturday afternoon. The 40-point win is significant as it gives the Dogs a well-deserved week off as they head into the Grand Final at Gibson Oval on August 32.

Esperance’s success was built on their persistent hunger for the contested and loose ball, with their sublime skills from defence through to attack picking Gibson apart and creating an impressive margin once the final siren sound.

The tone was set in the opening seconds with a tap and clearance win for the red and white and an immediate mark inside 50 to big man Reece Griffiths. The full-forward missed the gettable set shot but the Dogs would continue to press for the entire first quarter, finishing with four goals from eleven shots. Windy conditions helped Esperance moving forwards and contributed to Gibson’s inability to find targets up forward and in the midfield. The Tigers were able to scrap one against the run of play through a clever Jake Graham snap.

The Tigers took the wind advantage into the second quarter and looked promising early. However, the red and white midfield continued to be relentless at the ball and man and would give the Esperance forward line enough opportunities to score. At one stage Gibson could have scored and got within a goal of the Bulldogs, however they missed that opportunity and a late goal to Esperance into the wind gave them the momentum and a 19-point lead heading into the main break.

The third quarter really was the premiership quarter for the Dogs who began to utterly dominate the reigning premiers. They scored five goals to one and opened a 44-point unassailable lead going into the final quarter.

While Patch Jannings and McCallion were tireless contributors for the whole four-quarters and Bridge and McLean provided a contest and a presence, there were too many players that went missing for the back and gold or backed down when it was their moment to go in hard.  McMeikan and Skinner were strong in the face of regular adversity.

Esperance had winners across the board. There backline is incredibly strong with Symonds and Brooking rarely losing a contest, Neill intercepted everything in his area and the icing on the cake, the captain Brendon White, mopping up and using his elite skills to send his team forward. The mids had a field day off the back of strong running from Thiart and led by the heavy hits of both Wood brothers. Sam Franzone won taps in the ruck and off the back of that the midfielders at his feet won most the centre clearances. The Esperance forwards provided plenty of headaches, Symonds was busy with three majors, same amount as Davis and Bowerman who popped up regularly. Young livewire forward Jake Douglas finished with two.

There are some injury concerns for the Bulldogs, the following day would see Rhys Woods walking off the ground with a shoulder injury that may rule him out of the Grandy. Big man Reece Griffiths was on crutches earlier this week after damaging his ankle after a ruck contest. He is likely to play however, after the team earned a week off.

Bulldogs Captain Brendon White and Newtown-Condi Coach Chris Oversby reviewed the finals game in the Sean for Breakfast Show on Local Footy Tuesday, found within the audio below

Gibson on the other hand will have to prepare for a confident Newtown-Condi side who provided a strong second half to dispose of Ports at Ports oval on Sunday afternoon.

It was a day to remember for Brett ‘Spider” Trocinski, who played in his 200th game. He would set the tone of the match regularly crashing into packs and making his bulk felt around the ground with some terrific marks.

Jacob Buckley did the damage early for the Blues, easily the best player to half time with constant drives forwards. Curnow impressed with two goals before seemingly succumbing to injury.

After some stern words at the main break, Newtown-Condi came out and battered Ports throughout the second half. The move sending Tate Bertola to Buckley proved to be the defining matchup, curbing his influence and winning ball himself stopped Ports in their tracks. ‘Wags’ Wagenknecht was a telling influence as well in the guts, dominating the ruck after he inserted himself in there after half time and moving well across the ground.

Johnston tried to insert himself in the contest with several key intercept marks and the Blues tried hard in the third but they couldn’t match the regular transition forward from Newtown-Condi who were aided by solid performances by Oversby and Henderson in the middle.

McCallum did the most damage up forward with five majors, McDonald and Green chipped in with two goals each to help with the third quarter five goals to zip charge by the Lions.

Newtown-Condi were lucky not to get badly injured in a bruising affair and will have to build on that performance when they take on a Tigers outfit which will be desperately hurting.

Ports have showed glimpses this year but injuries and other poor training turnouts after the mid-year byes have hurt their performances come game day. Keeping their youngsters together and encouraging more players on the track will put them in good stead next year after what I am sure will be a painful mad Monday.

Gibson Captain Patch Jannings and Newtown-Condi Coach Chris Oversby took to Triple M on the Breaky Show to discuss their chances ahead of the Preliminary Final this weekend at Esperance Oval, at the back end of the audio