Every Player In The Old Trafford Test Ranked Out Of 10 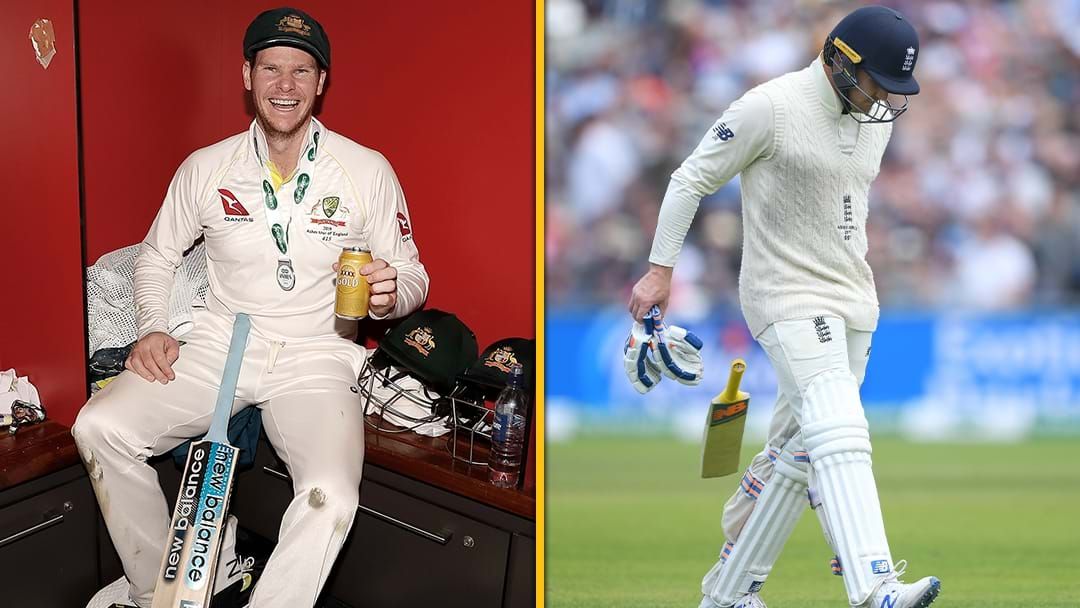 Davey looks completely cooked. Broad is dismissing him for fun and his head is now on the chopping block. The selectors might need to make the tough call on Warner and give one of the other guys a go in the last Test.

Another ordinary return, but he wasn't our worst opener! He would be under a mountain of pressure to keep his spot if Warner wasn't going equally as badly. An extra point was awarded for heckling Tony Jones on live TV!

Another fifty in the first dig for Marnus which set up the game for the Aussies. He missed out when the Poms had all the momentum in the second innings, but the most memorable moment for the Queenslander will be his crucial wicket late on Day 5.

He is at the absolute peak of his powers! It is almost unfair how good he is, it's the equivalent of an 18 year old playing in the Under-12s. We are witnessing greatness unfold in front of our eyes.

LISTEN TO THE TRIPLE M CRICKET FAN PODCAST REVIEW OF THE FOURTH TEST AS AUSTRALIA RETAIN THE ASHES:

Head will be disappointed that he didn't go on with it in either innings. He played some nice shots on his way to double figures both times but couldn't cash in.

Similar to Head, he will be disappointed to not go on with two starts. However, he took an absolute screamer under the lid to dismiss Joe Denly in the first innings which was the highlight of the Test.

The Aussie skipper was copping plenty of criticism for the way he let the Headingly Test slip away, but he lead from the front & bounced back in the best possible way at Old Trafford. Paine registered his first notable contribution of the series with the willow with an important 50 in the first innings & his tactics on Day 5 have to be commended. Bravo skip!

This guy showed why he is the No.1 ranked Test bowler this week. He was instrumental in breaking England's spirits in the second innings with two massive wickets late on Day 4 and followed it up with the wicket of Ben Stokes on Day 5. He's the kind of bloke you love to have on your side!

A swashbuckling 50 showed he'd been working with the batting coach while he was out of the team! His bowling looked very dangerous at times, but I'm sure he would have liked a couple more wickets across the match.

His consistent line & length has made life very tough for the English top order. If he's not taking wickets, he's building heaps of pressure from one end which opens the door for the guy at the other end to pounce. It's hard to believe we didn't pick him in the first Test, but he's cemented back in the side now!

Another underwhelming return for Lyon, which is becoming a big worry for the Aussies. Luckily the quicks were able to pick up the slack, but he looks like a shadow of the bowler who took 9 wickets in the opening Test. We'll stick with him, but he hasn't lived up to expectation here again.

See if you can spot the theme.

Has proved me wrong and I’m delighted. Thought you’d figured him out at Headingley, but he worked his nuts off in the nets and his first innings here was one of England’s most satisfying for the series. Which doesn’t say much, but it does mean we *might* have one opener pencilled in for The New Start.

Another battling fifty on the last day is impressive and suggests the lad has enough to be persevered with. The fact on neither occasion he got to 60 shows that he really isn’t going to be The Answer, either at the top or in the middle order. If Sibley comes in to open at The Oval, Denly will presumably be shuffled yet again so Root can go back to 4, which probably won’t help Denners confidence in what his role and identity is in this team.

His best rating of the series (after 2, -10 and -100) to go with his highest score of the series in the second innings. Things are looking up for Jason Roy. Just in time for him to be binned off. At last. If Roy had survived 100 balls yesterday I promised every subscriber to Triple M Cricket on the App a beer. I will extend that if he survives 100 balls in an innings at The Oval. Tell your friends (that they won’t be getting a beer because Jason Roy’s technique is not remotely suited to the game).

Just about a career low for the bloke. In some ways, you feel for him as his bowling attack phoned in a tepid effort in the first innings. And losing 3 out of 4 tosses has put his stronger opponents on the front foot before his mob have even got out there. However, his captaincy remains ‘try hard’ and batting three is killing him. By the time he’s come off the field from setting fields to Steve Smith, he’s already both out there batting and back in the hutch after copping a brute from Patty Cummins. A key part of England’s review will be to assess whether he’s the right man to continue to skipper and, if he is, how to give him the necessary support.

More fool you for thinking it could possibly happen again.

His one half-century in this series isn’t enough. Shows he can bat then gets a good one (from a brilliant attack). One of him or Jos Buttler will be dropped for now, and chances are even if Jonny makes the cut, he’ll be relieved of keeping duties (for Ben Foakes) because one of these two clowns HAVE to start scoring proper runs.

See Jonny Bairstow, except he hasn’t even managed a half-century in the series.

“Me..? *Around* the wicket..? But I am Jofra Archer, the King Of Swing and Seam and Tricks and Clever Bowling.”

Joe Root “I was rather hoping you’d try to hit the bastards in the head a bit more. Y’know, bowl fast and stuff”

Jof: “Look, I’ll bowl round the wicket for you. But I’ll do it at about Craig Overton pace, because that’s how I feel today. I may bowl faster second time around if we have a tiny outside chance of skittling them, despite conceding a 200 run lead.”

Still got more wickets that Nathan Lyon (cop that, Rudi). Nearly hung on with the bat. As with all his efforts in this test: nearly wasn’t quite enough.

If you are after more cricket chat from fans like yourself, check out the Triple M Cricket fan podcast on the Triple M App.