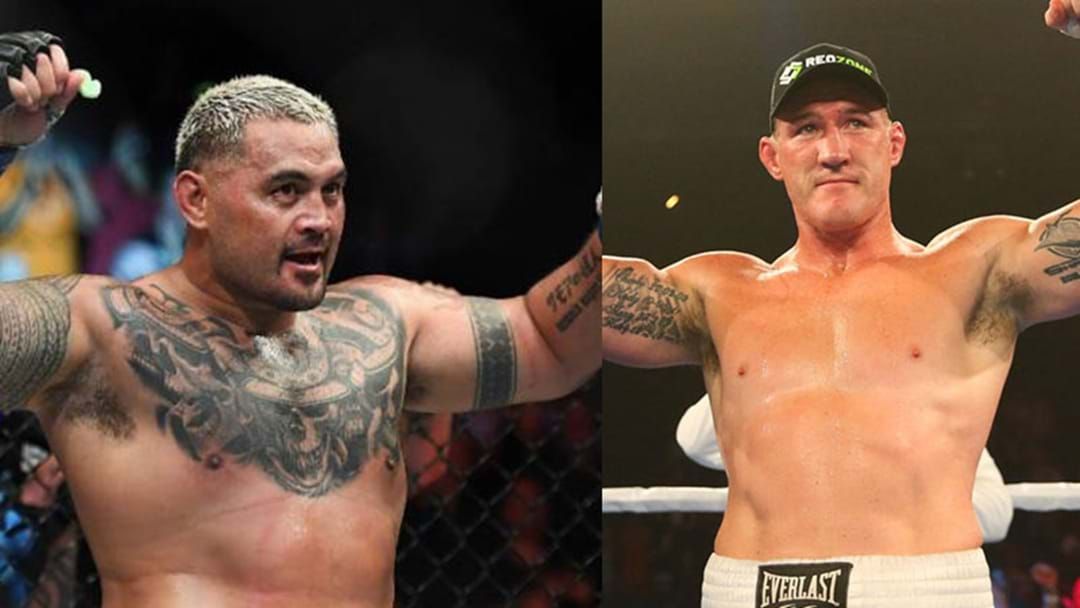 Former UFC Fighter Mark Hunt has thrown down the gauntlet to Paul Gallen as their proposed 'super fight' edges closer.

Hunt has no problems in 'dancing' with the former NSW and Cronulla Sharks captain but questioned why there's so much dislike towards Gallen from the public.

"To be honest I don't know why there's a lot of dislike for Paul," Hunt told the Dead Set Legends.

"A lot of my newsfeed says they just want to see him die."

The 'Super-Samoan' also called out Gallen's promoter Matt Rose for 'flapping his gums' to the media even after Hunt initially declined their first offer to the fight.