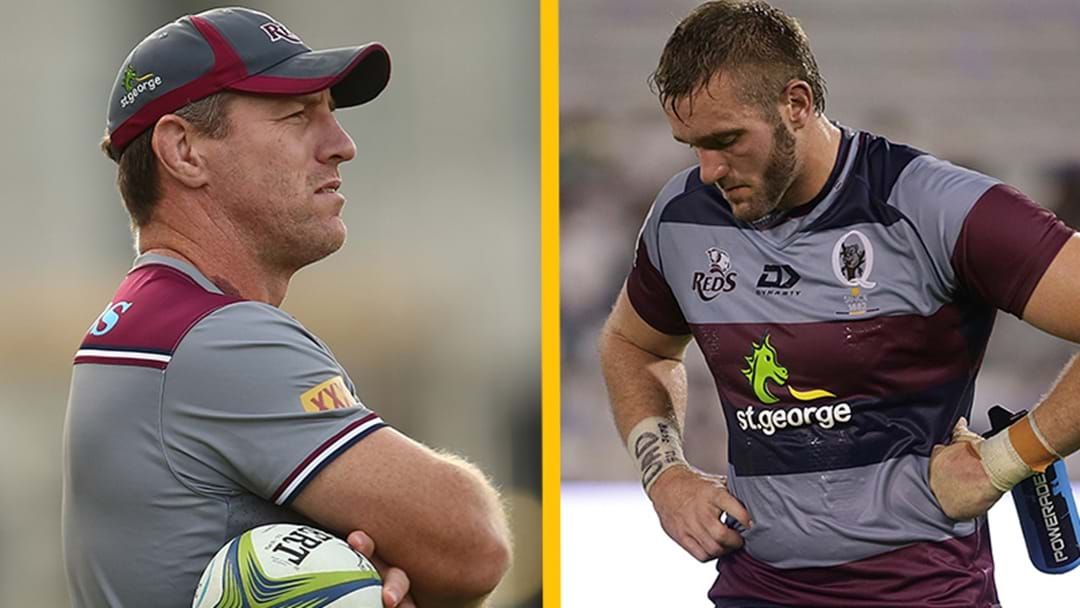 An uncharacteristically emotional Brad Thorn has broken his silence on his departing trio of stars telling The Rush Hour with Dobbo that he pleaded with his former players to stay.

The three young stars, Izack Rodda (23), Issac Lucas (21) and Harry Hockings (21) were officially released by the QRU on Saturday morning after they had elected to pursue termination of their contracts following being stood down for declining to accept a pay reduction and nominate for the Australian Government’s JobKeeper subsidy.

Speaking candidly this evening, Thorn, who has been at the helm of the Queensland Reds since October 2017, said it was with a heavy heart that the players chose to chase opportunities outside of Queensland

“...To lose these three guys, the word is 'disappointment', its been tough the way it's played out. I haven't enjoyed it at all.” Thorn told The Rush Hour.

Since the announcement of the stand-down last Monday much of the focus has been directed towards the personal relationship between Thorn and most notable of the three, Wallabies second-rower Rodda, sparking rumours of a major falling out between the pair. The dual international used the interview to address these rumours.

All three players are represented by player manager Anthony Piccione, who famously helped former Reds captain Samu Kerevi depart the club for the riches of Japanese club rugby at the end of last year. It is believed that trio will look for new homes overseas with Japan being the sough-after destination.