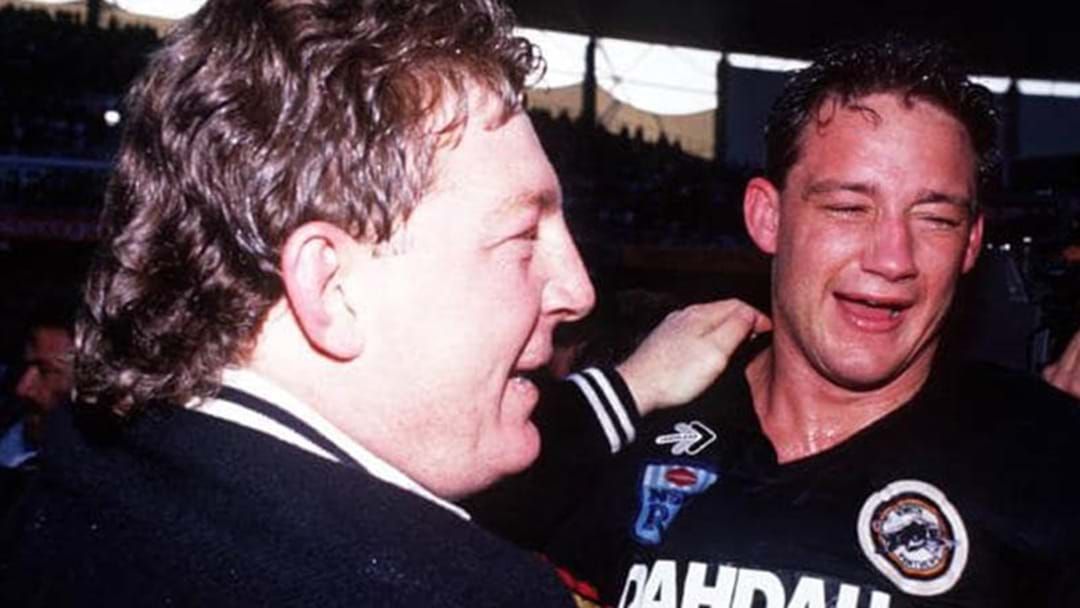 We've heard a lot of incredible stories from MG's playing days over the last few weeks but this trip down memory lane - which has come courtesy of Brad Fittler - takes the biscuit.

MG's former Panthers teammate and their then-coach Phil Gould were speaking on Nine's Wide World of Sports over the weekend when Fittler revealed that there was one moment in which the entire team thought MG was going to hit Gould.

"We were doing a video (session) and Gus hammered MG," Fittler explained. "It was around the semi-finals, the busy end of the year. Gus said, 'If you don't like what you're hearing, see you later you can go.'

"MG on his own terms said, 'Righto I am.' MG had to walk past Gus on the way out and Gus is standing there with his chin out.

Well now MG has responded to Fittler and Gus' claims and let's just say that MG's version is a little more colourful.

Don't miss a minute of the action; subscribe to Triple M NRL on the Triple M app, or check out more Triple M NRL content in the playlist below.