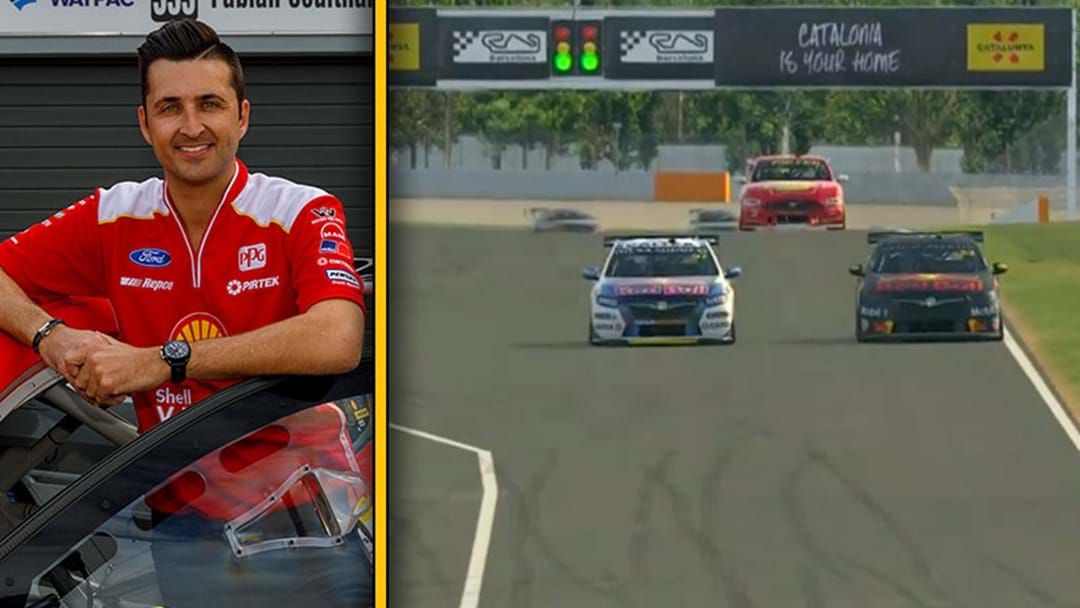 DJR Team Penske's Fabian Coulthard has delivered a hilarious response when asked what it's like being behind the wheel of a virtual V8 as opposed to a "real" V8 Supercar.

Coulthard and his fellow V8 comrades are currently competing in the Supercars All Stars E-Series.

With the V8 Series suspended until June due to COVID-19, Supercars drivers will contest the virtual races from the comfort of their own homes.

Races will not only take place at traditional Australian racetracks like Bathurst and Phillip Island but will also see an international flavour with races to taking place in Italy, England and the United States.

Coulthard also revealed why Dave Renyolds would drive him crazy if he was forced into isolation with the 2017 Bathurst 1000 winner; hear the full chat below.