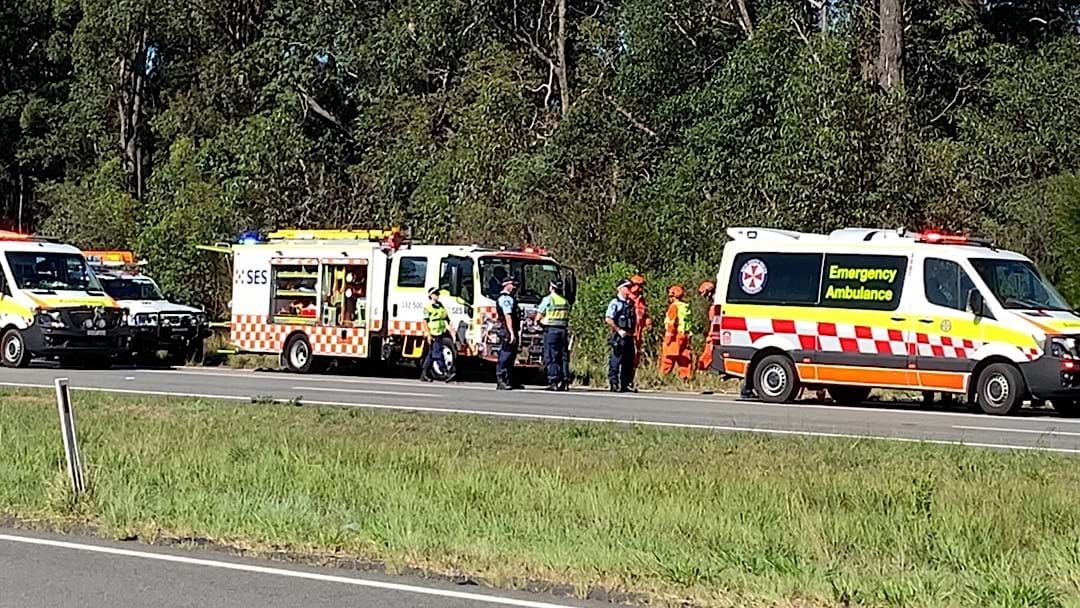 A woman has been killed, and three others injured, after a single vehicle crash near Coffs Harbour.

About 3:45pm on Saturday, emergency services were called to the Pacific Highway in Moonee Beach, near Coffs Harbour, following reports of a crash.

Officers attached to Coffs Clarence Police District attended to find a vehicle had left the road and travelled down an embankment before hitting a tree.

The front passenger, a woman, died at the scene.

The driver and two children were freed from the vehicle and conveyed to hospital with non-life threatening injuries.

One lane is closed southbound on the Pacific Highway, with delays expected.