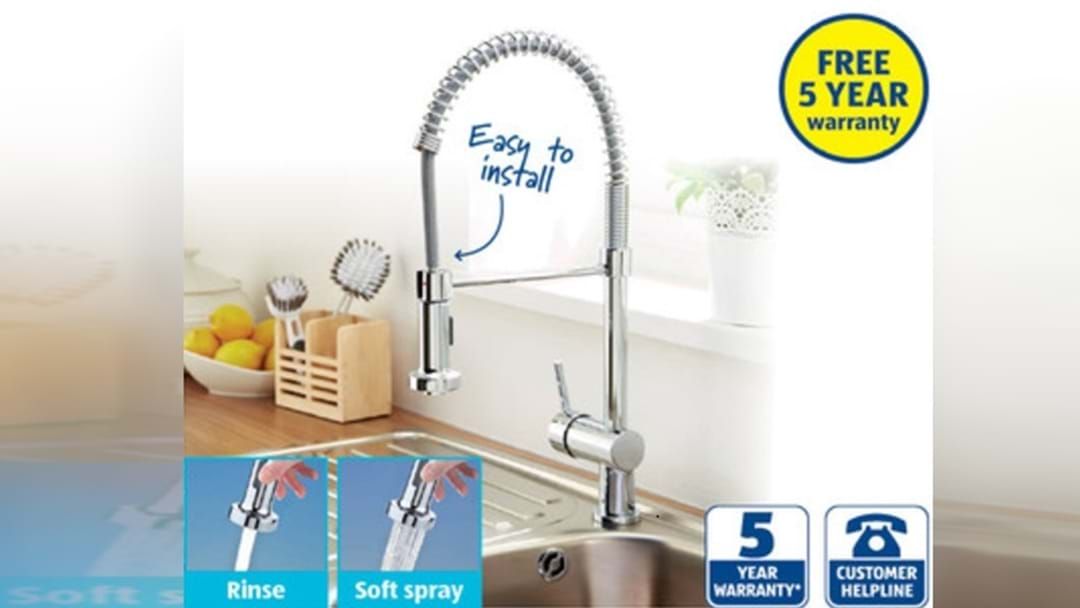 Thousands of Aussie households who've purchased a Chinese-made tap sold at Aldi are being warned against drinking or cooking with the water than runs through the system.

Queensland Health's Forensic and Scientific Services tested an Easy Home 'Spiral Spring Mixer' tap after the Queensland Building and Construction Commission identified a threat, they found the water coming through it contained 15 times the safe level of lead.

Queensland Health's Executive Director of Health Protection Sophie Dwyer said even though they have only conducted one test on a single faucet, people need to take the warning seriously as further examinations are completed.

"When they tested the water after flushing it through, on the water that came out of it there were high levels of lead in the water," she said.

"It was a randomly selected tap, it wasn't one particularly chosen for any reason and until we know further, our advice to people is to not drink water from the tap and that means not using it for food preparation, particularly don't use it for baby formula or filling baby baths, or brushing your teeth."

Dwyer said exposure to high levels of lead can be harmful to people of all ages, but unborn babies and young children are at the highest risk.

"The problem with lead is that it has an affect at quite low levels and particularly in children, whose brains are still developing. So certainly we think it's important that people are taking precautionary measures until we know further because even though it is just one test, the lead shouldn't be there," she said.

"You might find trace levels coming through the water system because it is present in extremely low levels, but you just wouldn't expect it so I think we have to take this test as a warning sign and take precautions until we know more."

The Australian Competition and Consumer Commission has begun their own investigation and while there is no official recall notice from Aldi, they are also warning against using the tap.

"If there is a risk that consumer goods may cause injury the ACCC expects suppliers and manufacturers to put voluntary recalls in place to protect consumers," an ACCC spokesman said.